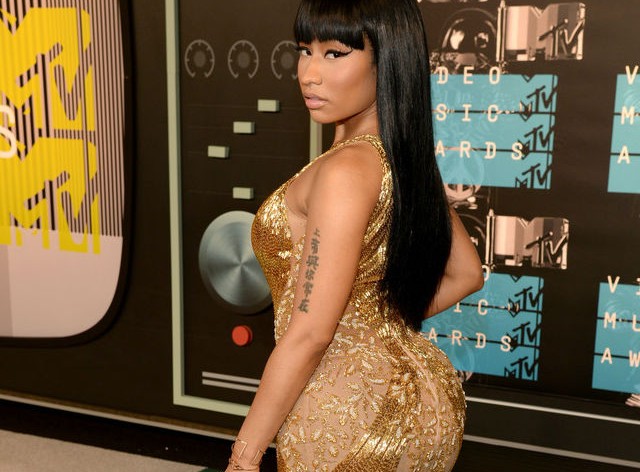 Nicki Minaj Is One of the Most Fiercely Vocal Famous Defenders of Women
by Lindsay Peoples | April 22, 2016 at 3:08 PM

Nicki Minaj has been queen of the rap game for quite some time now, but she’s also made a turning point in her career, becoming one of the most vocal artists out there in defending and empowering women. Though in the beginning I wasn’t sure what all the Barbie craze was about, I’ve come to really respect her opinion and look forward to not only seeing her on red carpets, but hearing her take on things. I feel like this change of heart came about when she got rid of the dramatic pop look and started to look more like herself, like she was confident in who she was and didn’t need all of the craziness around her to demand a presence. Since that transition, she has really used her platform to tackle issues of feminism, misogyny and racism; topics that celebrities usually shy away from for fear of being controversial and losing fans. And by making the Time 100 list, she continues to be an unstoppable force with attitude (one of our favorite traits about her) making no apologies.

In the interview with Time, Onika addressed a popular Hollywood topic in interviews: equal pay. This is a topic lots of celebrities have commented on after the Sony hacks and it was public knowledge that stars like Charlize Theron and Jennifer Lawrence were getting paid significantly less than their costars. And it’s interestingly enough been a topic that has divided women–some feeling that it’s inappropriate to ask for more and let the work do the talking, while others demand equal pay as a non-negotiable mandate. Nicki commented on her own experience saying, “One thing I learned along the way in business is the necessity for you to be unapologetic about asking for how much money you deserve. At a very early stage in my rap career, I was making six figures for shows…If I heard there was another making that, I thought ‘you know what? I get out there and demand or command a crowd. I get out there and make my fans happy. I get out there and give a real show. I want that too.’ And I pushed myself to be better with my showmanship, but I also decided, you know what? I want to compensated as well.”

Is there anything we love more than a woman who loves her body and takes her coins seriously? Don’t think so. Though it may seem like a celebrity encouraging women to ask for things that they already deserve, you never know the power it can transfer onto someone and inspire them to speak up in their own life.

Throughout the article, she also encouraged women to focus on their professional and personal worth as women saying, “If I’m great at what I do, I can’t be denied. Some things may be overlooked but no one can deny my brand, and that’s the words of wisdom I would give to other women.” And of course, Onika’s sentiments on Queen Bey were nothing short of sermon saying, “Whenever I do something with her [Beyonce] I can feel the impact…It just feels like young women are being empowered and inspired because I think it says a lot when you see two young women at the top of their field, whether they’re black or white, it just means a lot when you see them owning who they are and owning the business.” Amen Nikki. What a perfect way to start our weekend.