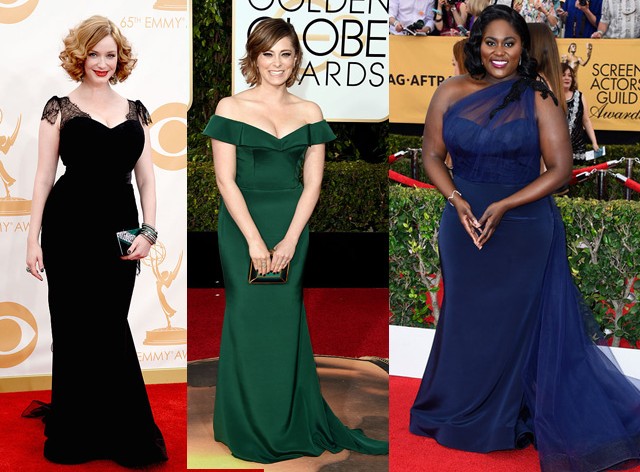 Fearless Christian Siriano on Designing for Any Figure
by Ashley Hoffman | April 19, 2016 at 10:05 AM

When Christian Siriano thinks up his clothes, he wants you to feel something. “I try to make the clothing in my collection feel wearable and emotional but still stylish and interesting where they need to be interesting,” he says. A savvy creator of high-concept dresses with a couture feel, and really wearable stuff too, he’s fearless.

Christian Siriano is not just a name associated with seizing his Project Runway win to become immediately recognized for his showstopping eveningwear. It’s true that ever since he was a catchphrase machine for Bravo, the New York-based designer’s appeal has been tested season after season, and he’s been a nimble architect of his own ascent. In person, he’s bubbly and lighthearted, but he’s also got this unusually ingenious knack for texturally intricate goddessy gowns, which is perhaps why he’s connected with one of his main squeezes, Christina Hendricks. There’s her along with Uzo Aduba, Amy Schumer among countless other famouses who take his mermaid gown in all different sizes. But by giving Danielle Brooks the same kind of alluring finery that he also gave Sarah Hyland, Siriano has emerged as a universal thinker.

Just yesterday, he showed wedding dresses that looked like floating confections in a good way at his bridal collection show, another place where his wild imagination and his clout were on view.

Here, he explains how he tries to make his collections emotional, why once you can create for any shape, you can grow your company, and what it’s like to collabo with Christina Hendricks.

You’re a quick person. What’s helpful about that as an artist and what’s difficult about that as an artist?
I like to make decisions fast and be in the moment and then move on. I think that’s how I’m able to build my brand and try and take on new exciting projects! Sometimes I feel like we go so fast we miss the beauty, but that is just how fashion is moving. One day, it will slow down, but we are on the upturn right now and need to be in that moment and go with it! 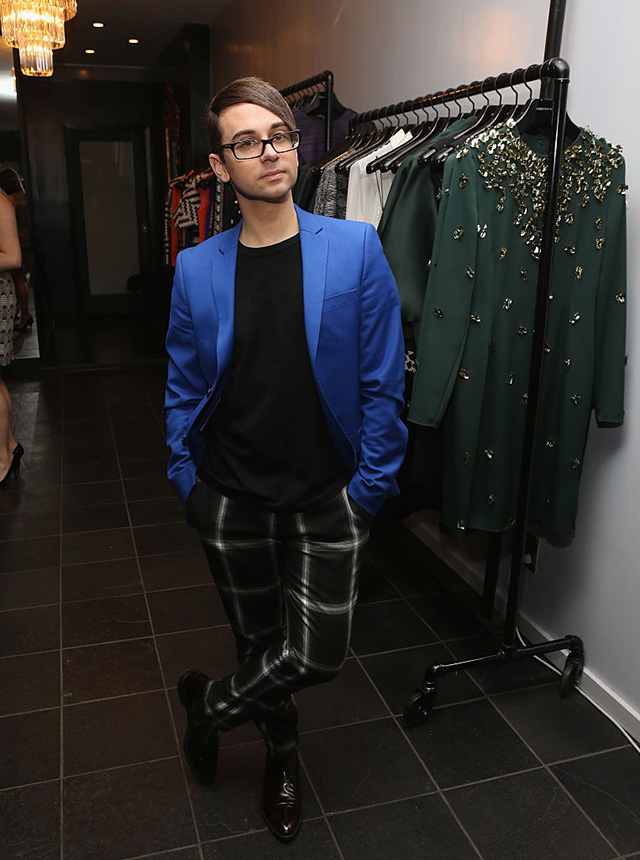 We’ve always recognized how beautiful your dresses look on women who wear “larger than a sample size” things. Why do you think that’s happened with you in particular?
I’m not fully sure how that happened, but I love it. I love to celebrate all women no matter size or age. I think once you can dress any figure, you can really grow your company. It helps to make women feel great in their clothes and as that catches on, it only can help. 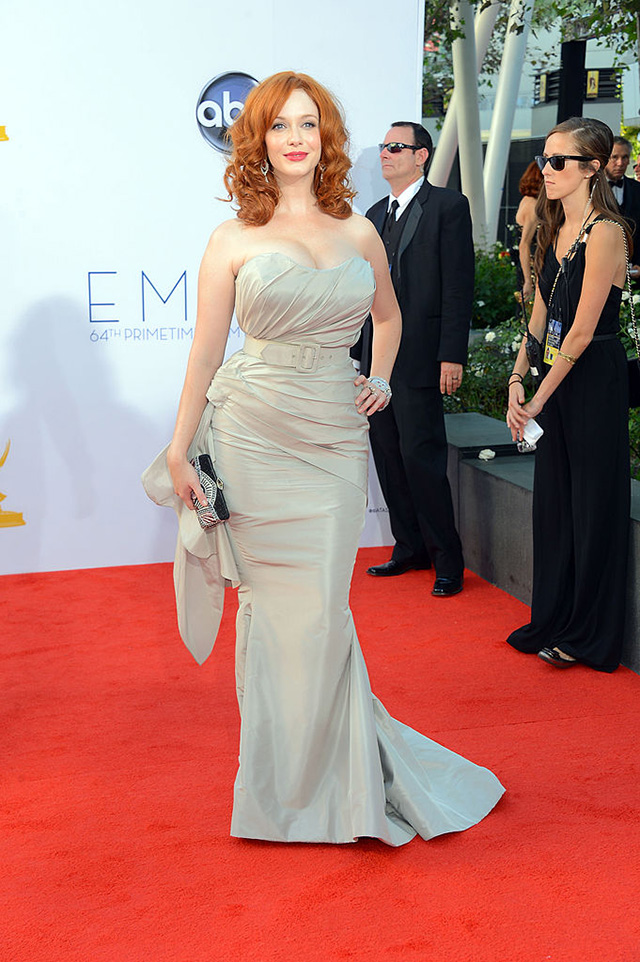 Can you talk about the design process say for a dress that can fit Christina Hendricks?
Christina and I just chat about her vision and what she likes from my collections and we modify that. I love making clothes for her because she takes risks and really goes for it with fashion. She also has such an old Hollywood vibe to her, which I love.

I remember interviewing Amy Schumer at one of your shows, and she talked about how incredible she felt in your clothes — what are some of the craftsmanship things that you do differently for the larger sizes?
There is not top much that changes with a dress Amy wore. It was just right from the collection and had a little stretch and just fit like a glove. It was such a easy fitting that day and Amy was just a blast to dress up because at that time, she didn’t do it that often. There are some cases where more support is needed, but it just depends on the dress. 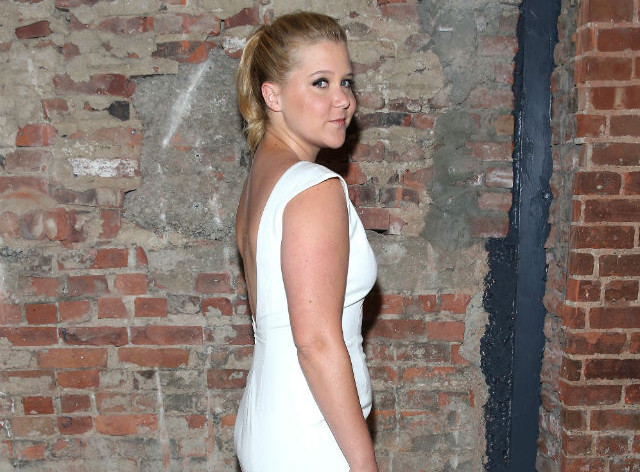 On your site, I noticed you object to the term “real women”…that’s a popular opinion, can you elaborate on your personal experiences as a designer that led you to that?
Well, all women are real women no matter what size or age or height etc. None of that should become an issue. So it can become so objectifying when that term is used. Let’s just celebrate all women no matter what and give them some chic clothes to wear while we are at it! 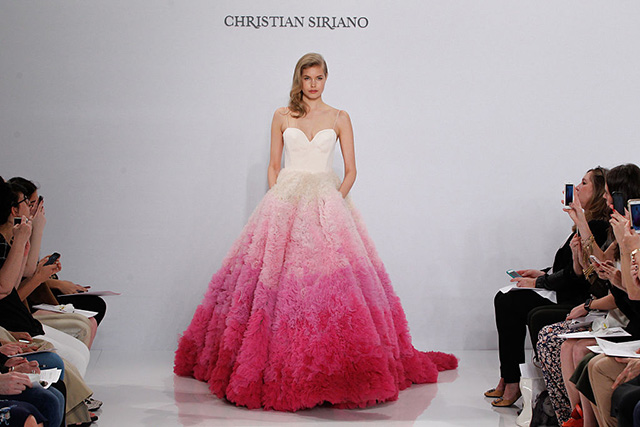 Does any of the high design change at all at a larger size?
I don’t think it has to, but of course, with every piece of clothing some fabrics look different on different body types. That can also be the case if you are very thin also. That is just how clothing works.

Got it. Everything is so incredibly couture. Could you tell us about the way your clothes in all sizes are commercially successful?
I try to make the clothing in my collection feel wearable and emotional, but still stylish and interesting where they need to be interesting. That can be as simple as changing a neckline or adding an interesting sleeve. 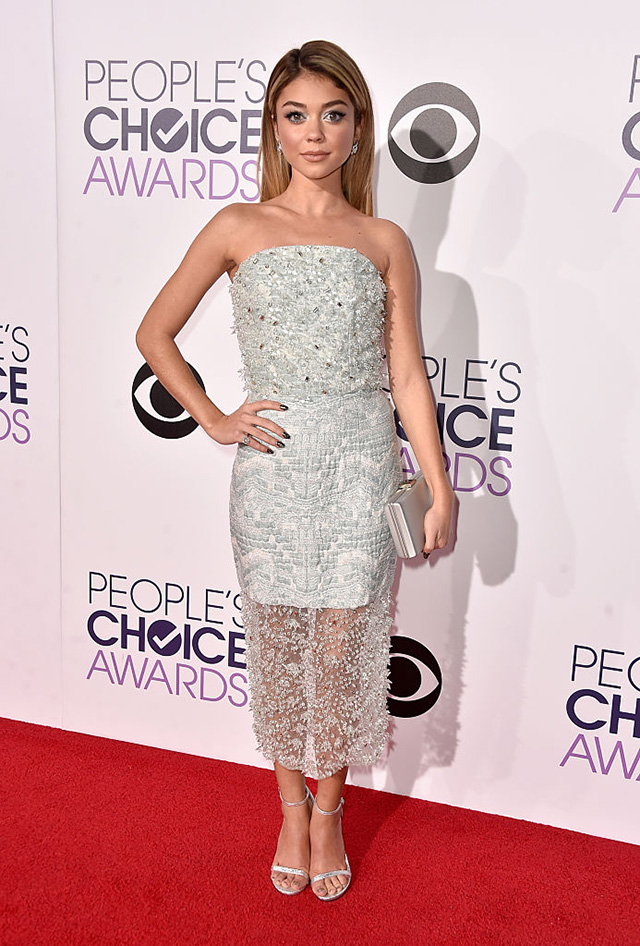 What are things you pay attention to in Moroccan architecture that led you to create your recent collection?
I loved so many things, The architecture, sand, iron work, tapestry etc. Even the sunsets felt different.

What’s inspiring you right now?
Cakes, cookies, candies from pastry shops in Paris. I’m feeling that right now. But to be honest everything is inspiring. 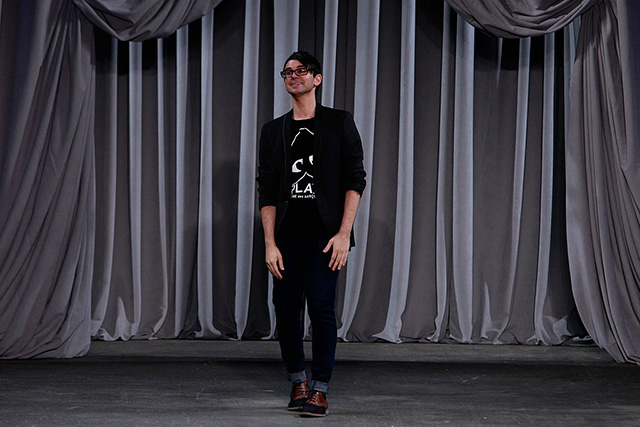 The things you create are intricate texturally. How do you work as an editor of yourself?
I think sometimes if a piece is feeling overly worked, you just have to move on and cut it from the collection. It can be sad, but makes for a better collection.

What is your idea of ideal design?
Something that is emotional and gives such a powerful feeling when you put it on. I think clothing that makes you just feel special in it is the best part of fashion and being a designer. 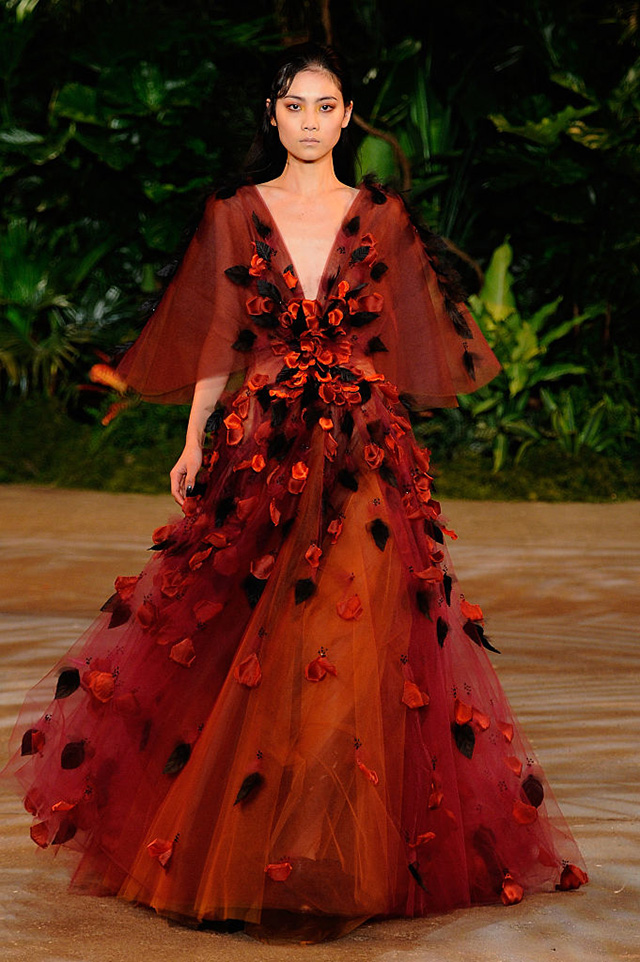 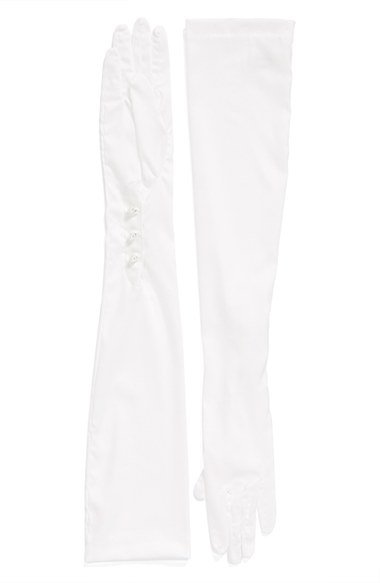