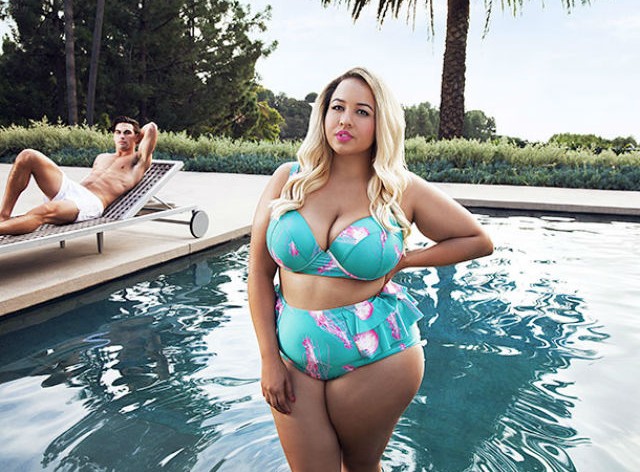 Clothing for Curvy Women Isn’t Just Having A Moment–It’s The New Normal We Demand
by Lindsay Peoples | April 19, 2016 at 3:41 PM

The good people at the Washington Post really tried to be inclusive and show how woke they are about the curvy community. Unfortunately for them, they were late on the fact to the party when they published this article called Plus Size Clothes Are Having A Moment.

Newsflash people! Clothing for curvy women isn’t just a fad, or something that’s popular on Instagram right now. Curvy women, more than ever are outspoken about the lack of options available to them and aren’t just sitting idly by wearing clothes they don’t love anymore. This isn’t a temporary change–it’s definitely gotten to the point where women want retailers to provide what they have promised, to all women no matter what their size.

In particular the article points out JCPENNEY’s recent collaboration with Ashley Nell called Boutique + and how it has made an impact on providing accessible and affordable clothing for curvy women. The author states, “…At a moment when apparel sales generally have been soft, leaving many brands eager to unlock new growth, they’re realizing that they might be leaving money on the table by not catering more to this group, especially its younger members.” This whole article makes me feel like I should become a retail reporter or something because I’ve literally been preaching this for months. It has been slow progress for retailers to realize the market they are missing out on like the teen curvy market, but being included isn’t something that curvy women are willing to let be a trend and just fade away any longer.

And with one of our favorites stores, Eloquii recently raising over $15 in venture capital funds, and build on the ” 165 percent sales growth it delivered last year by selling fast-fashion gear” it isn’t rocket science for brands to hear the cries of curvy women begging to be thought of.