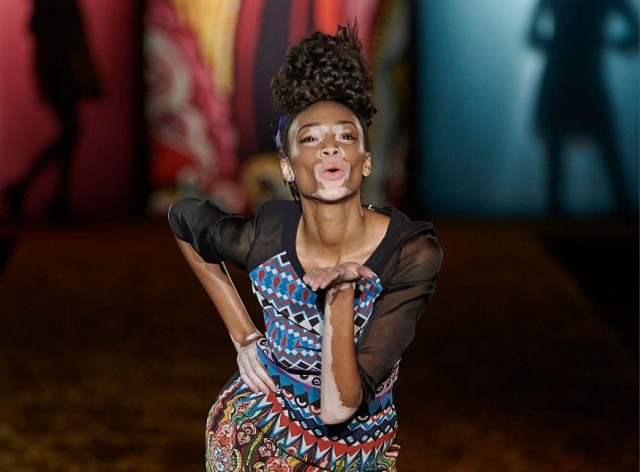 Yes, Winnie Harlow Will Rise Above All Haterade By Appearing in Beyonce’s Lemonade
by Ashley Hoffman | April 18, 2016 at 1:57 PM

We know that nothing could top Amy Schumer and Amber Rose’s Milk Milk Lemonade the ode to the bum, but Beyonce hath teased Lemonade, coming at you this Saturday, and it will likely be the Instagram activewear social commentary film of the summer.

Who’s that beauty winking at you for a split second? Why yes, it’s Winnie Harlow (a.k.a. Chantelle Winnie,) a model who encountered such harsh bullying in school because of the colorless patches on her skin, that she had to be home schooled. Now she rolls quite deep on Instagram and in Desigual. So in that safe space known as the schoolyard, looking different can be predictably life-shattering, but then again “differences” can also can make you serious bank. Winnie confirmed with her fan that it’s her on the Twitter. Unfortuantely, there’s no lemonade in the video, but it does look fire.

Beyonce, keep using your popularity for a good cause, even though Di was not into doing that.