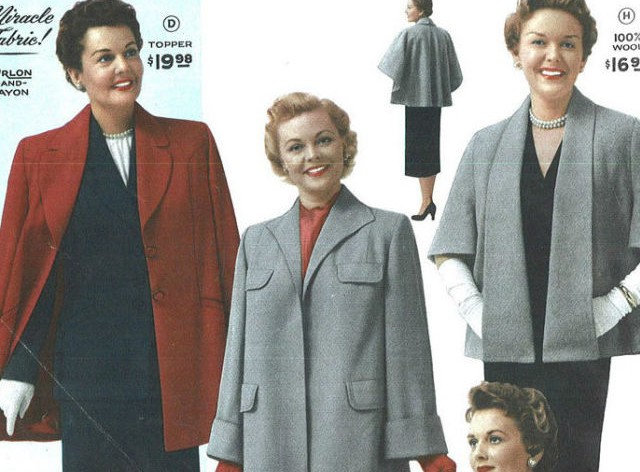 Understanding Where ‘Extended Sizes’ Came From, and Why There’s Still So Much Further to Go
by Lindsay Peoples | April 15, 2016 at 2:05 PM

You know how we feel about the term “plus size.” It isn’t appropriate to put women in this cateogry, period. Women are so multi-faceted, intelligent, daring, incredible human beings and there are so many other words we can think of to describe women. “Plus-size,” doesn’t even being to describe the beauty of women, and let’s be honest, most people just think of it as the unbearably gross section in stores. (Of course, some women wear it as a badge of honor, more on that here.)

The term just doesn’t given women the respect they deserve–it implies that you get whatever is leftover, whatever brands have in that sizing, and whatever they think you should be able to have. According to various sites, the term is basically summed up as a, “euphemistic term given to clothing proportioned specifically for people whose bodies are larger than the average person’s.” But who’s to say someone’s size is more ‘average’ than another?

Back in 2013, the CDC claimed that the average American woman was buying a size 14, so why is it that we’re still rejoicing when there are finally collaborations with brands that everyone else already knows and loves, that are finally offering extended sizing? It boils down to the fact that retailers still don’t see that providing cute clothing for curvy women is a widely untapped and profitable market, and that representation of all women matters. And in my opinion, it’s not just about the hourglass curvy woman, or the curvy women who wear a size 12, but providing for women who wear a size 22, just as important.

The Wall Street Journal did a massive research study on the term, going back to the 1920s when clothing was either made through mass production or at home by a family member. Once the economy was more stable, mass production sales began to increase which led them to develop a sizing chart. In an article called The New Costumes of Odd Sizes, they were able to chart the timeline of when production companies started making clothing for curvy women, calling them “stout” and described as having a larger bust, matronly, and curves that didn’t fit the average fashionable figure.

Oddly enough, Lane Bryant was the first retailer to really dominate the term, using the term ‘misses plus size’ all the way back to 1927 in advertisements. I also find it interesting that originally the term “plus-size,” was referred to as a way to categorize clothing, but in years following, it became widely used to refer to the women who wore that clothing.

And even though a lot of modeling agencies have changed their “plus” divisions to now be called curvy, there are still precious few options. Shopping online, the number of high-fashion clothing available on sites goes from the thousands to hundreds, if that, when you look for an item above a size 8.

Take a look at Net-A-Porter and see that they have over 7,257 items available but when you narrow down to a XXL (size 12) and XXXL (size 14) you get a mere 319 items. That’s a whopping 4.3% of all their merchandise available right now that women who wear larger sizes get to choose from. ASOS obviously did better with 1,390 styles available in the ASOS Curve section, but it’s really only one of the few sites that gives curvy women real options.

It’s a complicated issue that doesn’t really have one solution. Even with our favorites like Ashley Graham dominating the mainstream covers, and celebrities constantly speaking out against mainstream media, there’s still pressure to conform. The reality is that curvy women are consistently an underserved community of women who like me, have had enough.