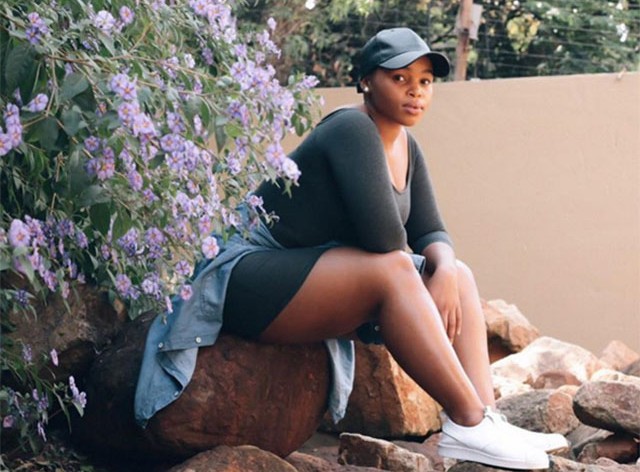 Woman Crush Wednesday: Meet Sihpokazi Veti a Goddess Who Won’t Apologize for Her Size
by Ashley Hoffman | April 13, 2016 at 1:48 PM

It’s Wednesday which means it’s time for us to talk about a woman on the internets who we’d very much appreciate some quality FaceTime with.

Would that we could spend our days gazing into the eyes of Siphokazi Veti and reloading her archives. She’s a South-Africa based womanist, who wears bodycon neutrals and stellar head wraps. She has the coveted sort of stare we’d like to have while waking up in the light of the morning, and her life looks great. Just look at her dealings occurring beautifully across these pictures. We want her image burned into our brains like Borat’s swimwear except in a good way.

But beyond her style, she’s a self-described womanist who educates people about a woman’s worth. She uses the internet to spread love, which as Lil’ Kim has always said, that’s what a real mob do. She’s all about banishing the idea that being feminine is somehow less valuable so we should stop discouraging boys to act “girly.” She has called declared the president of the social awareness club, so we’re all officially members of her fan club now.

And we basically gave birth over this epic statement she made recently. “Transformation Thursdays
Weight 71.0kg
Height 1.5m
Waist circumference 76.0cm
Bra size 32DD
Top size Medium- Large
Pants 38/14
Dress 32/8
Shoe size 5
I shouldn’t have to change, be ashamed or apologize for these numbers.
If at anytime you feel entitled to question or comment on my anatomy don’t because this body is a lot more then you could ever handle.”

See evidence of her wonderful existence below and let her wash over you.

Transformation Thursdays Weight 71.0kg Height 1.5m Waist circumference 76.0cm Bra size 32DD Top size Medium- Large Pants 38/14 Dress 32/8 Shoe size 5 I shouldn't have to change, be ashamed or apologize for these numbers. If at anytime you feel entitled to question or comment on my anatomy don't because this body is a lot more then you could ever handle

My life's work is to be so liberated and truly free with being everything that I am. Where I Embrace ALL of my identities and understanding that one does not solely exist without the other. Black Woman. You are not just Black, just woman, just straight, just queer, just fat, just skinny, just feminist …. No single identity defines us. Nurture all of you, explore and care for yourself.

Black girl, embrace the truth in Being. When you meet her, know that she has no end. I exist in layers, for who I am, to you, in this moment, is far from who I am, in the next.//