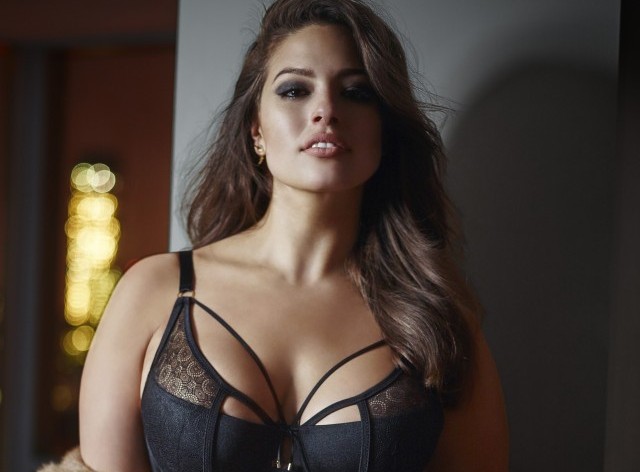 Here’s Ashley Graham in Lingerie Using the Subway Pole Like a Stripper
by Ashley Hoffman | April 12, 2016 at 10:24 AM

As you can see, she knows that clothing is optional for first class air travel, but now she’s in her skivvies on a subway. While most folks might feel quite weary holding onto the subway pole, Ashley Graham has gone full seductress in an NYC subway car for her lingerie shoot, also on the Snap. We’ve seen Adriana Lima in a negligee on the subway before for Numero Tokyo, but this is a full on sexy dance and it’s glorious. All of the magic happens on an unoccupied train, and there’s slow walking, getting low and head rolls, so typical behavior you see women doing on their way to work for a confidence boost. We think the detailing on that bra she’s modeling would look great on so many women — stay tuned until it’s released in July.

Ashley Graham. First woman of her shape to land in Sports Illustrated, the moon, and now first woman brave enough to touch subway things sexily. What do you think of the video, Rioters?

Be your favorite kind of woman! See more of my photo shoot on snapchat.. #Provocative by #ashleygraham for @additionelle drops in July! #beautybeyondsize