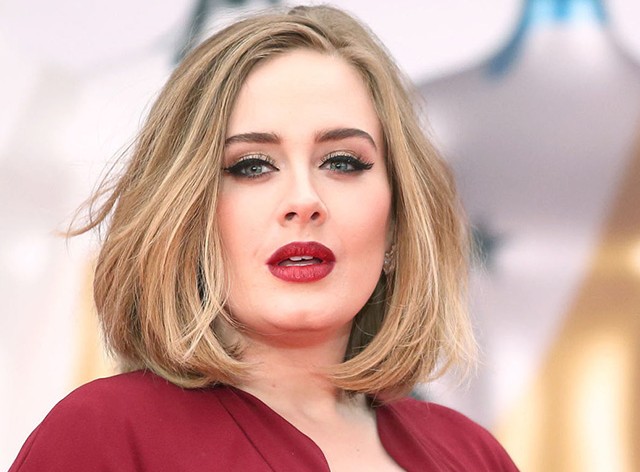 How to Get Adele’s Intensely Glamorous Thick As Tar Eyeliner From the Guy Who Does It
by Ashley Hoffman | April 11, 2016 at 1:03 PM

Michael Ashton, makeup artist to the voice of a thousand angels Adele, has come down from the mountain with a whopping twenty minute makeup tutorial. Thank goodness it was as detailed as your boyfriend’s mother’s story about how her son was such a brilliant potter because there were so many valuable lessons, so many times where he told us life-saving things, and showed us how we were doing it all wrong. We’ve narrowed it down to five. Let’s start with the most important revelation.

1. Do the eyes first:
Here we were contour brushing and foundation pressing up a storm before we could even say eye primer, but then you know how that goes. You get more eyeliner on your cheek than your water line, and you give yourself footballer eyes. So then you have to wipe it off and half of your cheek is back to square one without a trace of foundation. So do yourself a favor and do your peepers first.

2. Your eye base doesn’t need to match your skin:
Your base eyeshadow can be totally darker. For the model, Lottie? Michael uses a toffee color on her fair lid and works all the way up to the crease. And he spends a ton of time buffing and sweeping to let this stuff seep into her soul. For him, it’s the groundwork, “for added depth,” he explains and he loads it up underneath as well. If I did this, I’d be back in the makeup appropriate for when I did Oliver! in Summer Stock, but he makes it look easy.

3. More is more:
For the eyes, he mixes two shades from Tom Ford’s nude dip palette, and for the foundation he mixes two liquid shades, and for the inner corners of her eyes, he mixes FOUR shades from a MAC palette. Everything is all custom blend with this guy. He also recommends using more than one brush all over your face, a fluffy one and then a crazy thick one for making everything soft and finished.

4. Getting THAT flick:
This one’s an effortful one so doing it in your rear view mirror is out of the question, but you can start doing it when someone starts to mansplain something to you because it’s time-intensive. He applies gel liner with a liner brush on his hand, then to the eye, SLOWLY, past the natural lash line, and then sweeps it back into the inner corner. Over that, goes the liquid liner, as he stretches out the lid and applies more pressure on this step. That’s to get the thick as tar look, “like patent leather,” he said. We’re sold.

5. Contour inward:
He brushes contour upwards in this cool sweepy move after he’s done sweeping it beneath the cheekbones. Just watch it and learn.

Here’s the video and let us know how it goes.