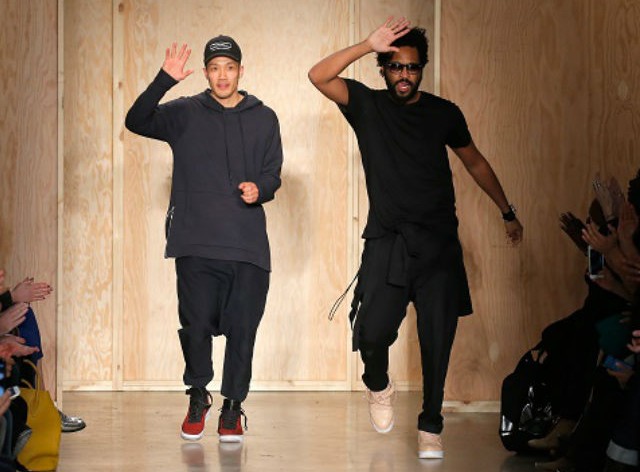 Co-Ed Shows Make It Less Likely Designers Will Include Diverse Groups of Women
by Lindsay Peoples | April 11, 2016 at 4:43 PM

Gucci’s done it. Burberry Prorsum hopped on board last season. Vetements and Tom Ford have announced that they will be transitioning next season. And now, Public School has become one of the new designers, taking part in this ‘hot’ trend of creating co-ed fashion shows instead of splitting womenswear and menswear.

According to WWD, Dao-Yi Chow said, “Showing twice a year with both men’s and women’s in one show will allow us to really develop our ideas cohesively throughout the year and subsequently slow the entire process down. We can actually enjoy our collections as opposed to being tied to the calendar.”

And while that may be true, and make sense for retailers to sell ‘seasonless’ clothing for months at a time, when I read this news the first thing I thought about was how it would lessen the chances for designers to have the opportunity to include a diverse group of women; whether it be curvy women, or women of color, older models or transgender models. Less shows equals more pressure for designers to up the ante and book the highest paid models to advertise their clothes. They are only showing twice a year and they want it to look the best it can and get the most publicity it can. It just so happens that the highest paid models aren’t curvy models and once designers have two sole shows to focus on, ones that are mixed with menswear and womenswear models, the likelihood of inclusion being at the forefront is slim to none.

If a designer has only twenty female model spots, we can only assume that they will be choosing the Gigi, Kendall, Cara, and Karlie’s of the group–and why wouldn’t they? They’re walking at almost every single show, and have a crazy social following that will be shared on social media endlessly. And you can’t really blame them for that because those models are in fashion magazines every month, selling high-end clothing.

The reality of it is that most shows have 40 looks total, and if only 20 are women, the likelihood of getting a curvy model in one of those 20 spots isn’t great; especially since there were only 6 curvy models used this past February Fashion Week and fewer shows were co-ed. The Fashion Spot’s bi-annual diversity report even said, “Plus-size models were the least represented group for the Fall 2016 season” and the number will continue to lag behind if this trend keeps up.