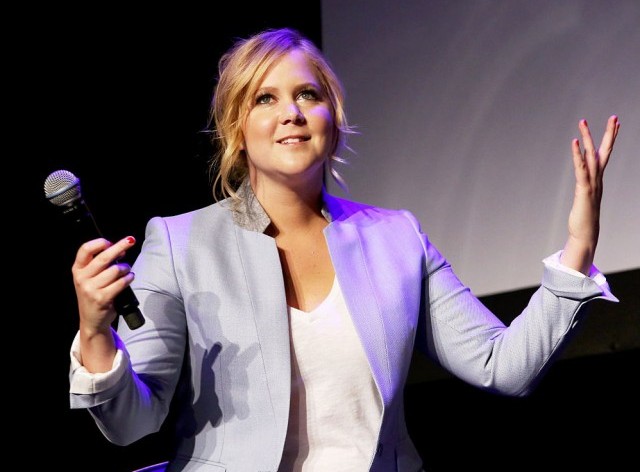 Confirmed Genius Amy Schumer Introduced Herself as ‘a Very Famous Plus-Size Model’
by Ashley Hoffman | April 11, 2016 at 9:04 AM

Amy Schumer confirmed that she has all the sense of humor about herself and earned 98,4534,234 homegirl points speaking at her alma mater Towson University last night.

The only Glamour woman of the year to say they’re not being glamorous when they throw a size 6-8, 160 pound and can catch a D anytime she wants woman on the cover a Lane Bryant-sponsored magazine, even if it was just because she’s body positive, appeared at Towson last night to make people laugh. When she introduced herself to the uninitiated beneath a rock dwellers in the crowd, she said she was “a very famous plus-size model.” You know because she feels strongly that women don’t need labels. Enormous applause on that one, according to the Baltimore Sun. Schum, you’re a model citizen.

She also noted that her fame will die out soon because she burns bridges like the one connecting her to Glammo magazine, which has been doing great, body positive things. Anyway, due to the Schum’s overwhelmingly, massively large talent, there isn’t a bridge she could burn that could take her away from you now.