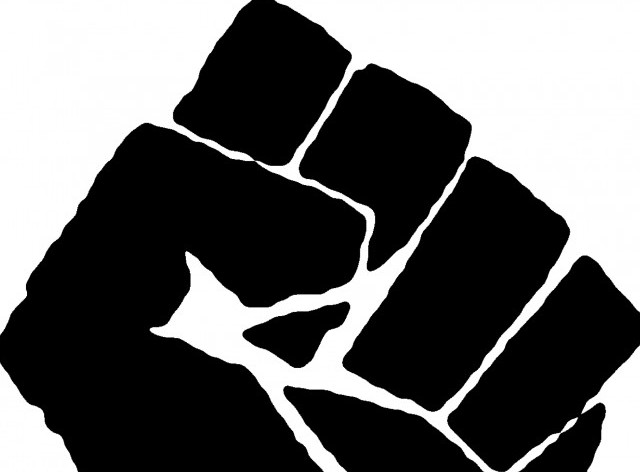 These Other Ladies Also Fought Against Size Discrimination Before Lena Dunham Removed Her Jorts
by Ashley Hoffman | April 8, 2016 at 2:13 PM

According to the New York Post, “Millennials have been at the forefront of the movement, beginning in 2012, when Lena Dunham pushed the envelope with her series “Girls,” appearing naked so often that it went from being revolutionary — remember the outrage that occurred online every time she appeared topless? — to “what else is new?” And it gained traction in 2014, when Meghan Trainor’s hit “All About That Bass” celebrated having “all the right junk in all the right places.”

We’re a bunch of millennials ourselves, and we love a fire fashion blog as much as the next totally influential influencer, but in between taking pictures of ourselves and our ramen, we didn’t do this. Do not get us wrong. Lena Dunham is important, extremely lovable, and damn is she talented — like that most recent Girls ep featuring that voyeuristic play in a building was beyond genius. But she’s never claimed to be the founder of the latest wave in the crashing wave pool that is the body positive movement. Before Lena, we had some skin in the game.

So let’s take a fangirl tour of people who really got the body acceptance movement moving. It started in the ’60s when the #bodyposi hashtag wasn’t a thing.

1. The very first fat activists set up shop in Central Park for a “Fat In” setting posters of Twiggy a flame and feasting on ice cream.

2. In 1978, the psychotherapist Susie Orbach published Fat is a Feminist Issue: the anti-diet guide to permanent weight loss. Your girl relentlessly campaigned against the all powerful media for instructing girls to feel inadequate based on their looks.

Here’s a swatch of prose from that: “Women are urged to conform, to help out the economy by continuous consumption of goods and clothing that are quickly made unwearable by the next season’s fashion styles in clothes and body shapes.”

3. In 1969, the Fat Pride movement got people volunteering to create the National Association to Advance Fat Acceptance. They wanted COMPLETE social equality and acceptance for people who wear larger sizes. They raised money, held fashion shows, and staunchly opposed weight loss and weight loss surgery. Originally called the National Association to Aid Fat Americans, they focused on the way society outcasts people who are larger and wanted to exist in the exact same society with equal treatment. When accused of hating health, they were nah, that’s not us.

4. Throughout the ’70s, you had the Fat Underground founded by Judy Freespirit of Sara Fishman. This cause was small but mighty. Out for blood, they deployed devastatingly rock and roll lines like “Doctors are the enemy. Weight loss is genocide.” They also published the Fat Liberation Manifesto.

5. One of the first “fat feminists” reads was Shadow on a Tightrope: Writings by Women on Fat Oppression, by Lisa Schoenfielder and Barb Wieser, published in 1983. Instant classic.

6. The magazine Radiance, maybe you wouldn’t wear everything, but here it was in 1984, just like George Orwell predicted. Loved Rosie’s cover.

7. The International Size Acceptance Association, started in 1997, fighting airlines that make larger passengers shell out more for a second seat on airplanes.

8. And in, 1992, Mary Evans Young, a size-positive activist in England, launched International No Diet Day. The legend goes she wanted a picnic, but it rained BECAUSE WE’RE ENTITLED TO NOTHING, JK. She pulled it off inside.

9. In 1996 Connie Sobczak and Elizabeth Scott, LCSW, created The Body Positive. It would be a relief from the incorrect incessant reminders from society that we’re supposed to really loathe our bods. They offered inspiration from people who were unapologetic about their sizes, and they also currently answer questions about size diversity as it relates to personal health.

10. In 2005, Linda Bacon came up with the “Health at Every Size” belief system, which rejects dieting and the weight-based paradigm of health.

11. Kate Harding and Marianne Kirby, popular bloggers who wear larger sizes, published a co-written self-help book in 2009 called Lessons from the Fat-o-sphere: Quit Dieting and Declare a Truce with Your Body.

12. Pre Gabi, the “fatkini” was born. Read our chat with its acknowledged creator here.

13. The mainstream fashion industry, embracing body positivity since, awhile, and here’s a timeline of bad b*tches changing the face of fashion.