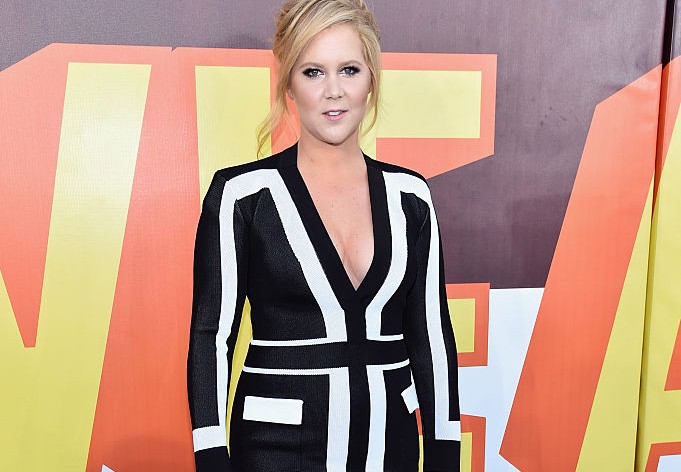 Inevitably, when you plan one magazine dedicated to making fashion accessible for sizes 12 and up as Glamour has just done, you get into the business of drawing lines.

The celebrities who got the cover lines, also predictably were Melissa McCarthy, Adele, and Amy Schumer. Apparently, Amy doesn’t belong in the mix, according to people. (This is what happens when you start comparing mom jeans sizes of mainstream models, then Hollywood, and then the rest of us.) Then people can start piecing apart whose size is – let’s face it – big enough.

A writer for Elite Daily, says:

Now, Glamour doesn’t directly attribute the word plus-size to Amy Schumer on the cover (and it’s yet to be seen how the mag describes her inside), but placing her name on an all-plus-size issue does associate her with the term, and many people will pick up the copy of the magazine with the expectation of opening it up to spreads of only plus-size women.

Later on, she continues:

While it’s wonderful Glamour promotes these ladies as inspiring, none of these women labeled themselves “plus-size” in the past, so why should Glamour be allowed to categorize them?

Now, Amy belongs in this issue, and every issue, for making a hilarious life-reflective comedy about the ridonculous things women do to look acceptable. If there weren’t a special issue, if we had a major (fictional fantasy,) magazine that served up top notch females at EVERY size in the sense of the word every, then we wouldn’t even be here right now. Regardless of where this sits for you, Amy Schumer in her “160 pounds,” acceptance speech, did note that Glamour was the only rag that let her just look beautiful in the issue instead of sucking on a robot or something.

Trouble is, compared to conventional cover girls, Amy deviates from the norm, which is why she’s still a Hallelujiah moment, for many reasons beyond her liuek. Anyway, it all just goes to show you that the Hollywood talent pool to choose from is size diversity lite to begin with, so if we’re going to show a slew of different body types, magazines are going to have to go with bloggers and real people too until the famouses catch up.