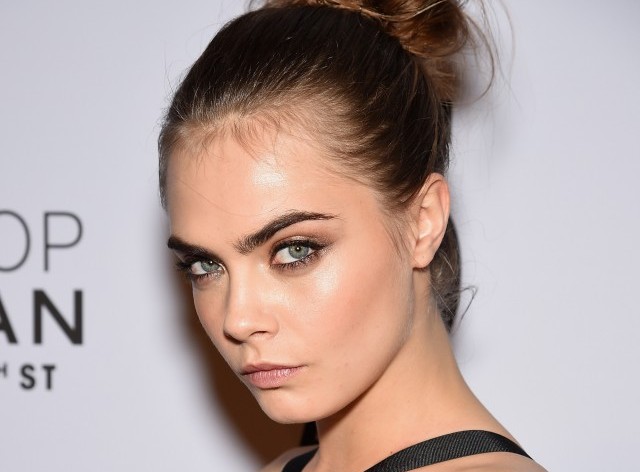 Cara Delevingne Doesn’t Blame Self-Doubt on the Fashion Industry, Is Learning Not to ‘Pick Apart Every Flaw’
by Ashley Hoffman | April 1, 2016 at 10:54 AM

Cara Delevingne, the realest, and an official member of the bacon club took to Twitter last night to clear up some things spun out of control by the rumor mill.

She has not officially quit modeling like her fave thing ever, the media has reported, and she’s nothing but grateful for her modeling opportunities, and currently working on her fab self.

So to recap: Tumblr’s homegirl, who has truly perfected the art of the silly selfie has already talked candidly about suffering from depression, but she doesn’t blame it on the fact that she’s a model. When she spoke to Vogue about her severe depression and skin issues, it was an important precedent to let the people see how a model — even one at the tippity top of the fashion world with signature Mulberry bags with lion clasps, is an actual human with highs, lows, struggles, and a human heart. As she put it last night, “I suffer from depression and was a model during a particularly rough patch of self hatred.”

Lucky there’s Twitter so the model could voice how, little by little, she’s recovering from a low point of self-hatred. See what she said below.

Can we just set the record straight…

I never said I was quitting modeling

I do not blame the fashion industry for anything

I am so lucky for the work I get to do but I used to work to try and escape and just ended up completely exhausting myself.

I am focusing on filming and trying to learn how to not pick apart my every flaw. I am really good at that

So it’s just a focus shift, and we do appreciate all the work she has done. Remember the Chanel boxing campaign? Nice to see a woman in charge like that for a change.

And you know as far as films are concerned, Cara doesn’t tolerate stereotypical portraits of young women. Get ready to deepen your love for Cara with some of her upcoming movies: Absolutely Fabulous: The Movie (thank the heavens,) and Suicide Squad, and Luc Besson’s sci-fi Fifth Element, Valerian and the City of a Thousand Planets, with another important planetary body in your life, Rihsus.