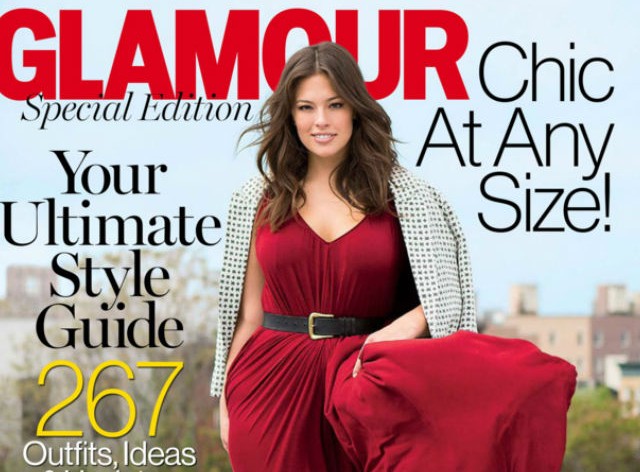 We Shouldn’t Have to Pay More for a Special Curvy Edition of a Fashion Magazine
by Lindsay Peoples | March 30, 2016 at 1:45 PM

The fashion magazine spreads that we’ve seen include curvy women have been great to look at. They encourage women to embrace their bodies and all that good stuff, but the truth is, some of the recent ones like Sports Illustrated Swimsuits for All’s three page spread was a paid advertisement.

Today Glamour has come out with a special edition issue titled “Chic at Any Size” that has the hefty price tag: $13. Clearly, if we want to see curvy women then brands have to buy their way into it; instead of them just organically being included like we’ve been asking for since the beginning of time. The magazine has the column with Lauren Chan, and they do make an effort, but it’s definitely another corporate attempt at inclusivity.

According to Women’s Wear Daily, the special edition issue is a new venture with Conde Nast Publishing and Lane Bryant that will produce two special-edition magazines, video content, advertising and a fashion collection. The images aren’t available online yet so we haven’t been able to take a peek, but they will be at roughly 75 Lane Bryant stores and online throughout the year. There is confirmation that the magazine will have a lot of Lane Bryant advertisements, so it seems as if it’s going to be a lot of paid advertorials a.k.a. watered down fashion spreads.

And while this magazine does have some promising aspects like including some of our favorite models like Ashley Graham, Precious Lee and Georgia Pratt, it also begs one question: why hasn’t Glamour worked with a lot more curvy models before until this venture? These models should just be folded into Glamour’s monthly magazine. While they probably thought it was a stellar idea to make more money off the curvy girl market, it’s absurd to charge $13 for this one issue. That’s more than double the price of the standard issue for content that should already be included. Stores already charge more for curvy size bras and clothing; we don’t need to pay more for magazines too.

We Shouldn’t Have to Pay More for a Special Curvy Edition of a Fashion Magazine
Stuart Weitzman Bunnylove
Yes Please + Wishlist
$498.00