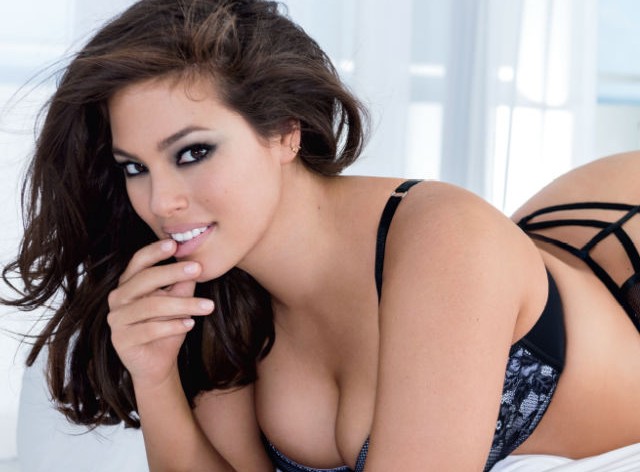 It Kills Me to See People Speculating That Ashley Graham’s Maxim Cover Was Photoshopped
by Lindsay Peoples | March 29, 2016 at 3:18 PM

It’s Ashley Graham’s third cover of 2016, and with great achievement comes great haters. When she released her Maxim cover yesterday, the cover showed her draped in a button-up shirt to the side. Nothing out of the ordinary except for the fact that commenters immediately started rumors that the spread was photoshopped.

One commenter said “It’s unfortunate after everything you stand for Ashley…your curves are gorgeous and Maxim should not have to minimize who you are…shame on them!” Another said, “A shame they photoshopped her to appear slimmer. They should have left her be. What’s the point of featuring a plus size model on the cover if they’re just going to make her look like the generic girls you see on their magazine.”

Photographer Gilles Bensimon already commented on the criticism saying, “I shot this image of Ashley and we didn’t slim her at all! In fact (almost no photoshop) sorry to disappoint you.” And honestly I have to agree with him—Ashley is the last person on earth who would agree to the altering of her body, no matter what publication it was.

So haters listen up–stop thinking you are Nancy Drew the detective and know everything. Speculation is just that; a theory without proof or evidence. It kills me to see how women are increasingly so critical of each other in this day and age. The internet is so sensitive and suspicious of others that every little thing has to be dissected in a think piece even if it comes from honest intentions like Ashley spreading the message of body diversity in a mainstream magazine.

Click the link in my bio for more! @maximmag

The cover photo is clearly from an angle, and she’s basically half-naked in all the photos, so why would they even go through the trouble of Photoshopping someone who is such a body positive advocate in every way? We should be able to have honest discussions and opinions freely without tearing down women like Ashley who are trying to build a curvy girl empire and completely change the game. Women almost never win in such a critical microscope.

And an update the author received from Ashley’s press gave this statement from her: “I’m beyond proud to be the first curvy woman on the cover of Maxim. I was not slimmed down on the cover, and Gilles Bensimon did an amazing job capturing my true figure in all of the photos. This is another major advancement for curvy women, especially those who work in the fashion industry who are working hard to get the recognition they deserve. I now encourage  more publications and designers to put more diversity on their covers and runways. Let’s continue to show that beautiful bodies come in different sizes and they should all be celebrated.”