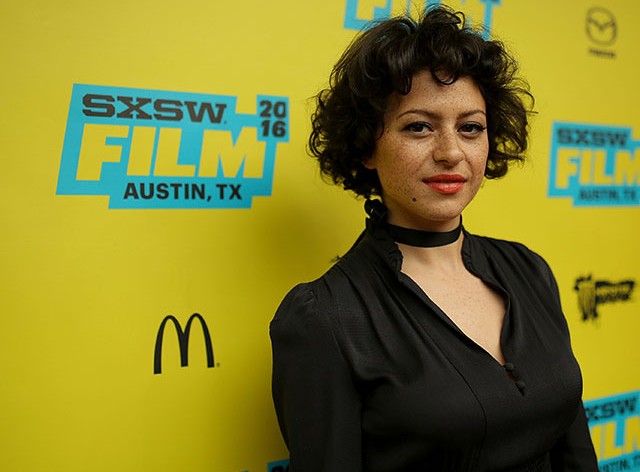 Alia Shawkat Reveals It’s Totally Common to Lose Roles to Other Actresses If You Fail to Be Blonde
by Ashley Hoffman | March 29, 2016 at 9:24 AM

Alia Shawkat, identical twin and one-time fake lover to Ilana Glazer, is shooting it straight again, this time about hair.

Shawkat was at SXSW making the promotional rounds for Search Party and Pee-Wee’s Big Holiday, but as it often does the conversation rounded its way self-image.

She revealed that she once modeled for a Calvin Klein catalog and she straightened her hair for the gig. But they just made it wet and worked her hair right back into its natural sexy shape.

She said: “Modeling very casually saying that I did a catalog for Calvin Klein…I remember I got my hair straightened for the job and they like got it really wet and actually made it look like this, like exactly, so it was kind of like full circle, accepting myself.” Calvin Klein, so ahead of the curve on being in touch with reality hair-wise.

Lucky for you, she wasn’t interested in modeling, but she was interested in making you guffaw, which is how she started acting. But even though Hollywood may have an inkling about What People Actually Look Like Today, Shawkat reveals that she still feels that her hair, which resembles the most appetizing bucket of curly fries, costs her roles.

“Her ‘air’ is like, she’s like the most amazing person. She’s a good actor, but we’re all doing the same shit. You lose jobs to certain people, to certain blonde actresses, and you go ‘Huh, wish I had straight, blonde hair.”

Most of the actresses covering magazines do have stick straight light blonde hair, but she’s still doing her thing thanks to her superior skills and cool girl vibes. We’ll add that when we spoke to Ms. Shawkat at the premiere for Cedar Rapids, in which she played a super cool hooker, her face, her energy, and her hair were all arresting.

Watch the full conversation below and we dare you not to write a creepy love song to her cool do. What do you think about women’s hair in movies, Rioters?