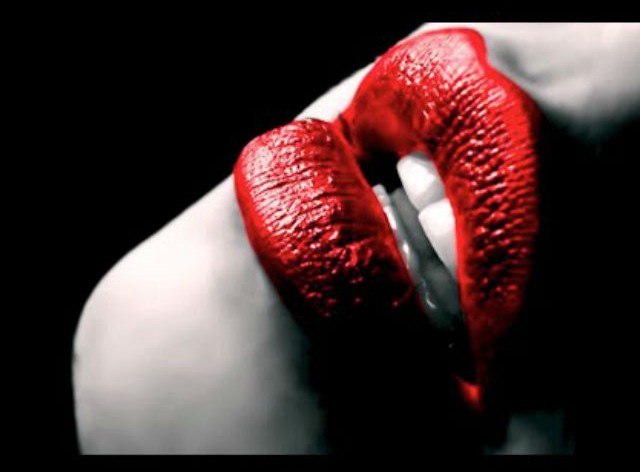 NOWNESS’s Define Beauty series, debuted a video today called In Praise of Fat, by director James Lees. The video aims to explore the sensuality of a curvy woman’s body, with adult film star Brock Avery and model Vanity Fox as the lead roles.

And though this isn’t the first film to include a curvy women as the lead, it’s hard to think of roles we’ve seen on the big screen that allow curvy women to be sensual and sexual human beings. The idea of a woman with curves, being sexual, enjoying her body and their partner feeling the same way? Basically a foreign concept to Hollywood. The film has more of an erotic nature and what we like most about it is the fact that it doesn’t shy away Vanity’s nudity, and explores the details and folds of her skin. The comments on the video of course have a lot of negativity saying things like, ‘yay let’s celebrate obesity!’ which further shows how ignorant people can be.

There’s definitely a lot of Melissa McCarthy comedy movies out there—movies that don’t necessarily depend on the character’s weight but their weight is consistently brought up in the movie along with their predicted love of food and single status. Off the top of my head, the few others are Danielle Brooks on Orange is the New Black and Gabourey Sidibe on Empire.

Lees asks, “When do you ever see an overweight model being sexual? It’s almost as if it is taboo; deemed not something people want to see. I wanted to confront this face-on.” Also ironic that brands like Swimsuits for All, Addition ELLE and Aerie, all use curvy women in their ads, but Hollywood hasn’t caught on to the fact that society is comfortable with seeing curvy women in all their beauty. It’s encouraging to see someone finally challenge the standards of beauty and who decides what is beautiful, but there’s so much more that needs to be done on all platforms.