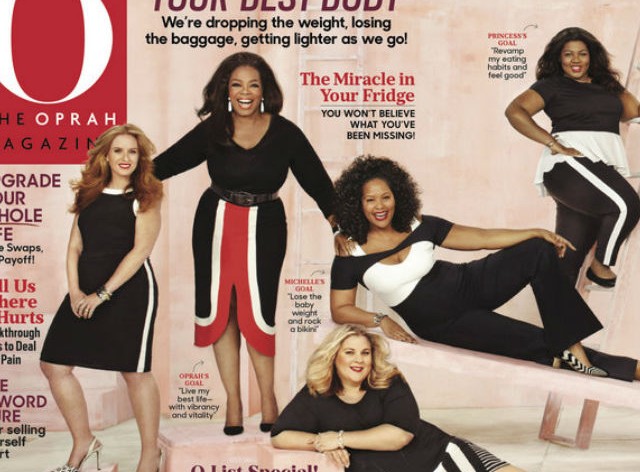 The First Time Oprah Shared The Cover of O Magazine With Readers, It Was About Weight Loss
by Lindsay Peoples | March 24, 2016 at 6:06 PM

Oprah has long shared her own struggles with body image—over the years she has lost weight, gained weight and now losing weight again, all in front of an international audience. Her most recent O cover, with nine other women is the first time she’s ever shared a cover with her readers. And while all of the women were all about letting the magazine chronicle their weight loss attempts, and choices for a healthier lifestyle, evidently none of them knew that they would be watched by her over 2.4 million readers. According to New Jersey.com, the women, “agreed to let a magazine chronicle their attempts to lose weight. What some of them did not know was the magazine was “O The Oprah Magazine,” and they would be the cover story.” 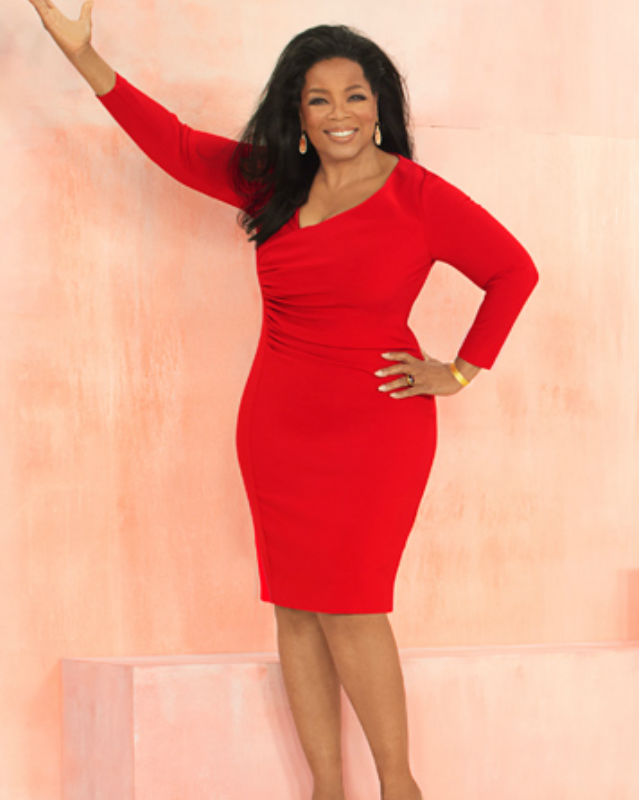 We’re always advocates for living your life the way you want, want a change? Make it! But the pressure to fit into a mold of what society deems at healthy or the right size. And the inside photos of the women in black leotards against a harsh background is what New Jersey.com noted, “no scarf or jewelry or killer stilettos to draw the eye away from one’s ‘problem areas’.” And underneath each photograph of the women was their height and weight printed in bold as well.

Kudos to these women who are willing to put it all out there and in leotard no less but there’s still a sense of false happiness associated with weight loss. Weight loss doesn’t automatically lead to a better, brand new life as a lot of the Weight Watchers commercials would lead you to believe. Basically this editorial left us wishing there was a note in the article recognizing that these women shouldn’t live and breathe for what the number on the scale says. Even Weight Watchers preaches going beyond the scale.