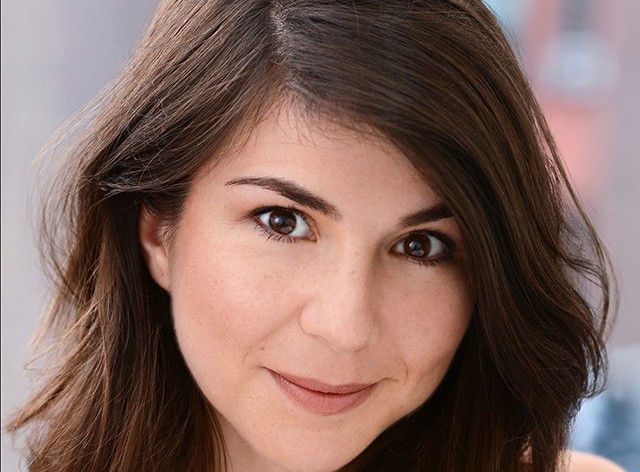 So I was the only hairy brunette in the batch, and I knew I was screwed.

I remember that thought clear as day from when I was a young, spirited, French girl of about 6 or 7, born in Paris and raised in the north. My family was Catholic, my father an entrepreneur, my mom a housewife, and I was opinionated – bold one moment and cautious the next, but always ready to argue with adults. Back then, my hair was still cut in a short bob style, held up by a little hair clip on the side, framing my large square face and two totally biteable huge cheeks. I remember thinking, “my dad is a hairy beast… so is my mom. They should have known what would happen… How did they dare having a kid?”

Here’s how I could tell I was disastrously hairy. Wherever I saw skin, there it was. My hair. I was convinced it couldn’t get any worse. Until one day, when, as I was bending down to grab something, I heard my sister scream: “You have hair on your back!!” That’s when I realized: oh yes, it can get worse. I could tell by the tone of her voice that she was sincere, and I quickly passed from denial to a degree of embarrassment that I had never experienced before; longing for the comfortable ignorance I would never get back.

Apparently my parents did not share these feelings about being hairy, because they wasted no time and had three other kids. Having three hairy siblings did not make me feel any better about my hair, though. I had two sisters, but they were blonde. Blonde hair… well that’s cheating a bit, isn’t it? And my brother – well, as a guy, I figured he would be able to deal with this ‘extra shot’ of masculinity.

As a child, I dreamt of a future where people would wear a sort of latex, a second skin blue suit. I imagined a time when hair would no longer make a difference between people.

Fast forward: I’m 14 years old, and I hit puberty. What a great time! I remember our biology teacher drawing two columns on the board: ‘puberty for girls’ and ‘puberty for boys’. She asked us about the ‘symptoms’ and shy answers started to make their way… “boobs”, “breaking voice” … when one of my girlfriends, bravely rose her hand and says, “hair.” Hearing her, my heart started racing. She may not have known it, but I felt like she was outing me, determined to make us admit once and for all the reality that girls have hair too. But our blond and hairless teacher, immediately ended what could have been a classroom (and human) revolution, with a definitive “nonsense” and put “hair” in the boy column. I thought: Wait… so which column is left for me? Are you saying I do not belong to the girls’ column? But I don’t want to belong to the guys’ column…?

What grew from there was an awkward relationship with femininity… I always wanted to be feminine, but felt like a fraud, and I felt my only way out was to get rid of that hair. Whether painful, expensive or both…I was ready to explore all options.

It started when my hairy mom introduced me to her waxing lady. I can recall a small waxing center, in a small town, which smelled good – as wax does. I didn’t have to explain myself in front of Sandrine, the esthetician. After all, she knew it was not my fault that I was hairy. She knew my mom. But then, I found myself in a bigger city at 18 with more anonymous waxing centers. Every time, I would have to deal with a different esthetician who had never seen my family’s legs and would just assume, as she discovered mine, that I simply had no self-respect. They would all quickly ask me: “How long has it been since the last time?” waiting for me to say ‘months’, if not ‘years.’ They looked at my body with disdain, and obviously doubted I was telling the truth.

This was of course humiliating – and unfairly so – because as soon as the esthetician would take the first strip of wax off… she would feel great about herself. Because I’m one of those clients with whom…YOU CAN ACTUALLY SEE THE DIFFERENCE!

My second attempt at getting rid of what I considered my own personal plague was hydrogen peroxide, which is supposed to bleach your hair. Clearly this is not at all what one would imagine as a feminine experience – between the stink coming from the ammonia and the burning sensation, which starts right after the recommended ten minutes of application.

But of course…I had to leave it on longer. My hair was way too resistant to bleach after only ten minutes. So this test ended with me daring myself to keep the stinky burning mixture on longer, and longer…until in a panic, I had to run to rinse it off. The good, or rather, great surprise from my first Hydrogen Peroxide experience was the immediate effect: “OH-MY-GOD, it’s all blond!!!” The darker side of that experience – literally – came the next day. My hair had grown in so fast, I could already see the black roots. Imagine a human-sized porcupine, or a full-body tie-dye (without the fashion appeal, clearly.)

The last solution I could see was laser hair removal. The future had not brought me my imagined second-skin latex suits, but technology had at least brought this. And my grandma was convinced that laser would be the solution to my problem. For my 18th birthday she told me, ”If you really want that…” – which meant, “because you really need it, I’ll offer it to you.”

And in a specialized consulting office after a short diagnosis, I heard what I thought I would never hear about my hair: “You are the perfect case.” What, me? My hair? Perfect?

This was already ten-year old-technology … painful and ultra expensive, but who cared? Certainly I didn’t because I was the ‘perfect case.’ I was convinced that this would put an end to my complex. I felt like my hair was my curse, my enemy, and what made no sense, was that it was an enemy from within. I was producing this hair, yet I was the one suffering from it. With family and friends, I had already overcome the shame by making fun of it. But in my romantic life, I still saw it as a barrier. I felt like it was so unlikable. But because it was not a flaw that one would see right away when they met me, I felt like it was dishonest to let someone get close to me, thinking that only later on would he discover the ugly reality I had been hiding. I felt like I was somehow betraying this person that I hadn’t even met yet.

I went in once, twice…three times. But then came the fourth, and little did I know, final session, and this unbelievable statement. “This is not working on you,” said the sadistic dermatologist with her shrill voice who had been maneuvering the laser so far. But I thought I was the perfect case! And I could tell she was as pissed off as I was disappointed. My hair was disproving the effectiveness of their “breakthrough” technology.

I would not be able to get rid of my unruly hair. I could have searched longer for a solution, facing down what clearly seemed to be a dead-end, when I met Jonathan…a charming Jersey boy with a fierce sense of humor. I truly fell in love with him the day he donned a suit and imitated a penguin after watching March of the Penguins – a sense of humor only dwarfed by his immense capacity to love, and realized that he loved me despite my hair – even more because it was one of my vulnerabilities. He loved me “total package,” as he said. And suddenly that dead-end disappeared, the complex diminished. So much so, that while it may still be a few years away, I can say that one day I would love to have our own hairy babies with him.

Alix Morris is an actress in New York.