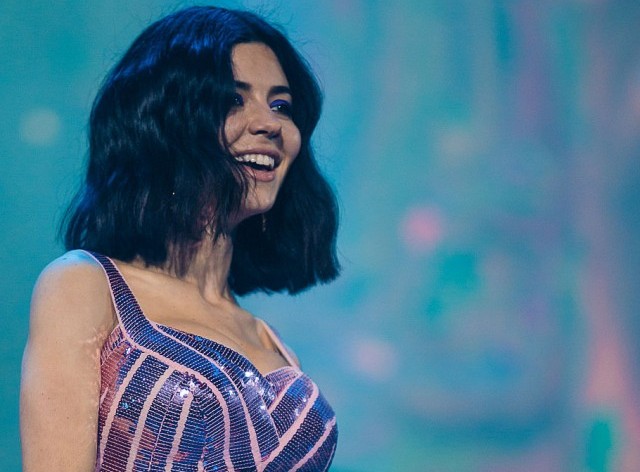 You know because in that 2014 music video, concerts, and Instagram pictures, Taylor has rolled deep with relevant people like several supermodels and Lena Dunham. It’s all in the public eye, sisterhood is lovely.

In her cover story for Complex, Chloe Grace Moretz answers “yes,” when the magazine asks if Taylor Swift invited her to join the squad. And according to the story, when asked to elaborate, Moretz just smiled and said, “she’s a very talented person.” Class act move on her part for paying her peer a compliment and opting to leave it that. Anyway, Marina Diamandis loved this answer, because she’s not decidedly against the construct of a group friendship when it’s about excluding people.

Today she expressed her views thusly.

This isn’t the first time a media outlet asked a talented artist the all-important question about whether Taylor Swift’s famous friend unit was part of their life-fulfilling goals. Rihanna also told NME that her squad girls did not include Taylor Swift because they have different brands.

What’s your position on squads?

Watch Marina on other important topics below.