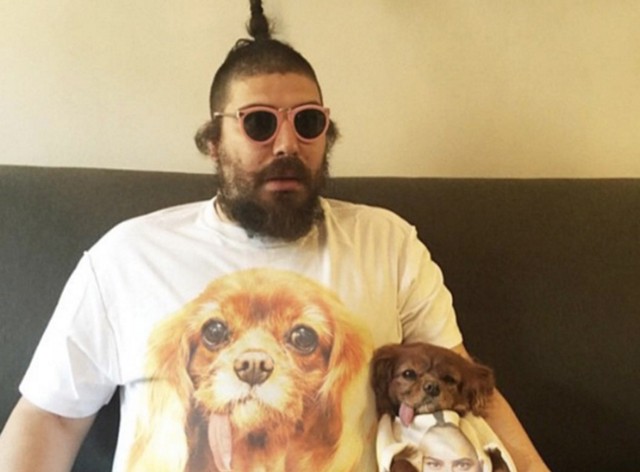 Now that news has circulated that IMG Models has signed Zack Miko of the beard you could lose yourself in, some people like GQ have reported that he is the world’s very first model of his size.

And it is a momentous occasion that he’s signed because it all promotes that radical idea that should be totes obvi, your ability to look drop dead gorgeous has no causal relationship to size. Anyway, The Fat Jew has come down from his mountain of superior braids to give an interview with WomensWearDaily about himself and how he was the first one.

And here is him asserting himself as the very first “plus-size” male model ever. When asked how he felt about Miko being signed, he said this:

I was incredibly proud. Being a beautiful girthy man should be celebrated, and it’s nice to see the media beginning to shine a light on us so that we can inspire others to celebrate their Shreklike figures. That Zach guy is hot — I would probably have sex with him after three margaritas. I’m not even gay, I just know how to appreciate a nice looking man. What I didn’t appreciate was the press referring to him as “the first plus-size male model,” when that was most definitely me. I was approached by Scott Lipps of One Management in a hydration tent at Burning Man over two years ago, and he told me I looked like a beautiful adult bearded baby. I’m the Magellan of plus-sized male modeling, charting a new course for the future of male body standards.

He is a philosophizer of the tallest male model order. Further, he agrees that Zach is hot and would be screwable after three maragaritas even though he doesn’t swing that way, he disenjoys walking, and his best beauty secret is dolphin-related.

In other news about stealing someone’s claims to fame, here’s a comedian who was called “The Fat Jewish. We report. You decide.