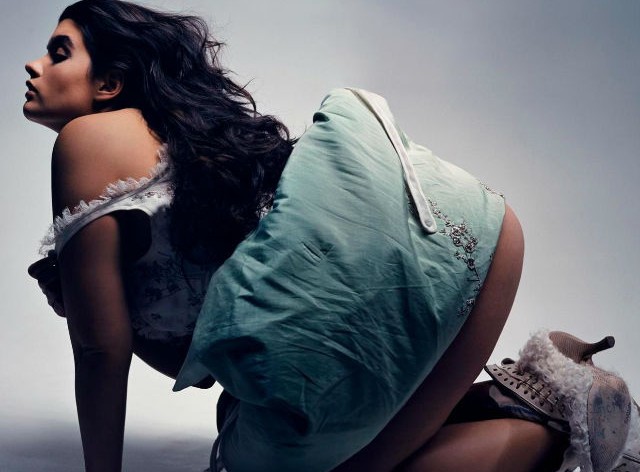 Modeling Industry Seems To Only Have Room For Certain Curvy Women
by Lindsay Peoples | March 15, 2016 at 1:58 AM

We already knew the modeling industry was extremely far behind in accepting curvy models in high fashion runways, but even curvy-women friendly designers still have a narrow view of what they should look like. It’s really as easy as walking down the street and looking at all the women you encounter to know that women come in different sizes (duh). The definition of so-called “plus-size” by industry standards is any model above a size 8 (basically most of the women out there living lives,) but the women that are more often than not included are exclusively hourglass figures. Really the only exception to that is seeing Beth Ditto at Marc Jacobs–for the most part designers want to see curvy women with a snatched waist and a beat face and nothing more.

In Amanda Czerniawski’s new book Fashioning Fat she talks about changing careers, from a sociologist to a plus-size model and documented her journey from casting calls to walking on the runway. She wrestles with the idea of it being empowering versus exploitative to strut her body in front of a camera as if she needed approval from the industry. It’s not considered exploitative when the Victoria Secret angels strut down the runway in padding so why would it be when a curvy woman does the same?

Yes the purpose of a model is to sell clothes but there’s no cookie cutter way to do that–if you have wider hips or a bigger butt, or bigger cleavage than most the industry says you can’t sell clothes for some reason. Amanda notes, “Most brands will favor models who are closer to the low range of “plus size.” This significantly narrows the field of qualified plus size models; in fact, many plus size modeling jobs are actually filled by straight size models who simply size up.” So basically the oxymoron concept involves using models who aren’t in reality that curvy end up adding slight padding since they fit the mold of what the industry thinks should be the ideal image of a curvy woman instead of actual curvy models who don’t need padding at all. Do better fashion industry.