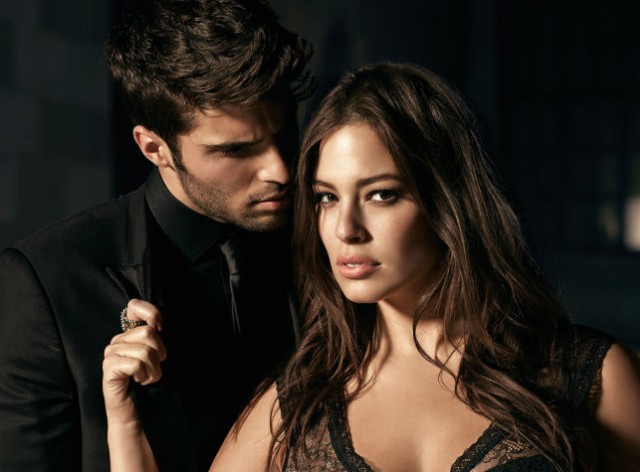 You guys! NBC won’t let Ashley Graham box on T.V. in this disruptive Lane Bryant ad. It’s “indecent’ like all half-naked commercials selling sexy time, but this one was about all the things a body can do including boxing and feeding lil babes. The scenes, we thought, really were quite the significant welcome site. Other than introducing evidence of beauties with body rolls, what’s so overtly sexual? Not a whole lot. Maybe they’re scared that their KILLER BODY ROLLS WILL SUCK PEOPLE INTO THE T.V. It’s like Drake said, “so thick that everybody else is so uncomfortable.” Anyway, status: “rejected.” What can you do except share the YouTube clip with Grandma?

In light of this unfortunate news, we decided some other banned lingerie commercials deserved another glance or five, and so here, RunwayRiot scores some of the most controversial lingerie banned for T.V. and scored them out of ten points for how fire they were.

Ashley Graham Addition Elle, 2015
Of all the lingerie ads featuring women who, as Ashley puts it “happen to have more meat,” this is the one. Fantasy, check, mystery, check, oddly unfurnished primo real estate, check. It stars a slim man in a suit because that’s the kind of lust Ashley Graham’s level of curviness can inspire. The gist of this video is: can’t you tell we’re in love with each other, but we can’t be together and all sorts of dreamy, semi-creepy things that would never happen IRL. Both Ashley and random guy are prone to behaving seductively around each other and than walking away all entranced. There’s some against the wall seduction and other mix-em-ups that were clearly too much for the folks at home. This gets major points for feeling notably luxe with a storyline that didn’t involve “LOOK GUYS I DON’T HATE MYSELF AND YOU CAN TOO.” She feels fancy because she is. It was called “too hot for TV,” by the brand’s own press release, possibly to build anticipation.

Lane Bryant, 2011
Another Ashley scorcher. Graham cracker looks smoldering as she does a variety of sexy things in her bedroom in an exclusive line of day-friendly lingerie made for Lane Bryant and heels. We can tell she’s FEISTY and game for the sort of confident squinting we’re used to seeing from Victoria’s Secret angels rolling around in fine linens. Aside from the laughably old school “MEET DAN FOR LUNCH” reminder, this was a scorchingly hot ad, but we wish the lingerie were made of more delicate finery for her cup size. One thing’s for sure. Lane Bryant was hell bent on communicating that they were no longer YOUR MOM’S UNSEXY CLOTHES. The unintentionally comedic voiceover was extremely 900 number-style, which may be part of the reason it was banned by Fox and ABC. Bonus points for the clip showing she didn’t have a typical model’s slim waist though. Next time, skip the voiceovers. We want the whole Philharmonic Orchestra to play when Ashley remembers she’s having a nooner and smirks the perfect Ashley smirk which we shall treasure.

Cars and lingerie has always been a reliable combo for Victoria’s Secret, but this one was more down and dirty than glam. A woman in lingerie shows up to a car repair shop and a collection of guys — gradient levels of creepiness — are dumbfounded at this. This bad girl has to be docked a couple of notches because the woman looked beautiful, but the lingerie itself seemed a bit budget. However, it did bring a splendid new kind of lingerie model — one who looked less retouched and older than we’re used to seeing. We appreciate the gentlemen for their touching fondness for her look. In the commercial, she spends a strange time walking around in her inappropriate lingerie so that everyone freaks out, and then she says “can you fit me?” Yikes.

What else would you expect when the Victoria’s Secret bae parade busts into a room other than being total smokeshows and undulating curtains? This one did an excellent job of helping women associate holiday time gifts with the confidence of Tyra, Heidi, Giselle, and Adriana. They’re all lazing around, every inch of them supermodels as usual, but this one flickered in and out of TV viewers’ lives for reasons unspecified. We suspect it has less to do with all the “I’m confidently starving for your affection” stares these women excel at. It’s likely more to do with Adriana Lima clutching ceiling-bound lyras and whispering, “I want you to bring me to my knees.” Perhaps this was too steamy for the season, but too bad because it’s burned into our brains forever.