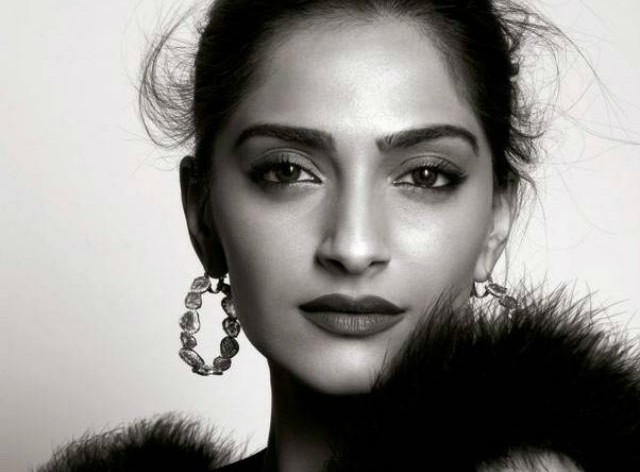 Sonam Kapoor, a real stunner of a Bollywood actress once lead a former life as a curvier woman.

That was then and now she’s slim, and inevitably her fans tell her they hate her for it. Not much we can do to keep their yaps from yapping except ignore the trolls and keep it moving or address it. So after her she got her feminism discourse on in the anniversary issue of Harper’s Bazaar India this week — it featured Sonam being a glamourpuss in a black furry thing, RunwayRiot saw that she tweeted this:

Bonus points for her looking stellar in her glam cape and for playing this card extremely well given that she’s been on both sides of the size spectrum.

As she put it to Harper’s Bazaar India, her bod funnily enough, isn’t the thing she’s obsessed with perfecting. “I’m the hardest on myself where my craft is concerned, but not when it comes to my looks. I have always been very comfortable with who I am.”

Even though she’s lost weight, she’s not going all obsessive Black Swan artist about her size.

What do you think about the different kinds of body shaming?