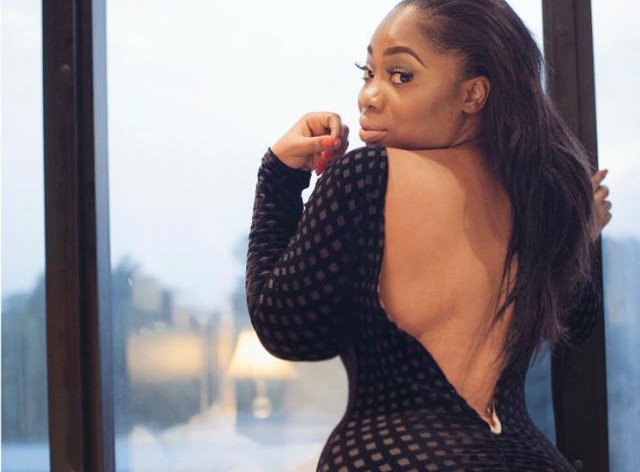 Curvy Ghanian actress, Moesha Boduong recently spoke with OMGVoice about being hated and criticized because she isn’t ashamed of her curves—something we thought was a bad joke until we realized that she really is on a list titled “The Most Hated People In Ghana Right Now.” The article goes on to list people that are ‘hated’ for various reasons, but towards the end of the list it’s pretty much all women that are disliked by certain communities because newsflash: they actually like their bodies. Though the hatred is just commenters on social media, it has made her controversial.

Though certain traditions are particular to Ghanaians, people attacking Moesha for liking herself has to be the most ridiculous thing we’ve seen on the Internet in a while (and that says a lot). Sorry we’re not sorry for not seeing anything  raunchy about wearing a backless dress, a see-through gown or a crop top as a woman with curves. She also noted, “I have not changed. I’m still Moesha.” Keep on slaying Moesha.

This Woman Was Put On A Most Hated List Because Of Her Curves
Stuart Weitzman Bunnylove
Yes Please + Wishlist
$498.00