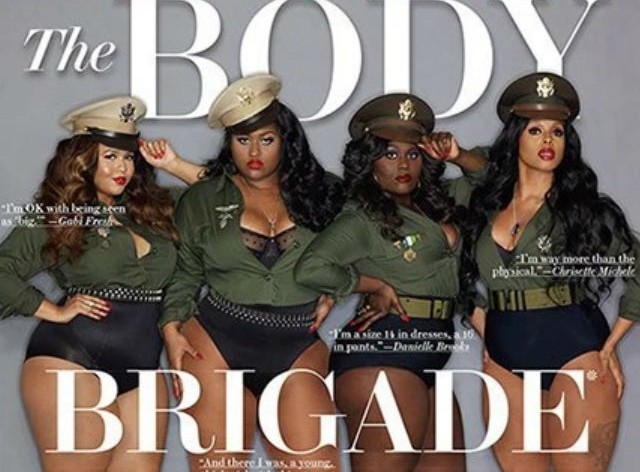 Magazines really do a phenomenal job at inclusion—it’s either nothing at all, or screaming at the top of your lungs ‘we’re doing an issue about women with curves!’ and not anything in between.  No matter the publication, body diversity should be a topic of conversation and priority every single month, no matter what shoot. So when I saw Ebony Magazine’s new cover out with powerhouses like Gabi Fresh, Jazmine Sullivan, Chrisette Michele and Danielle Brooks I was disappointed because I knew they were only grouped together for the cover because of their size. And though it’s not the women’s fault and rather the magazine’s initiative, it still feels like a step backward.

Vogue always has its annual ‘Shape Issue’ that features celebrities that at least have a butt, some hips, and “a little cleavage.” This issue often has someone like Serena Williams, Beyoncé or Jennifer Lopez on the cover in an attempt to show that the magazine cares about women with curves. What it really shows us about these publications is that they are only dividing curvy women more by putting them in a different category and making it seem as if full-figured women have to have their own issue because it just wouldn’t work in a normal fashion issue with high fashion runway models.

And honestly, Ebony Magazine should know better. Women of color naturally have curves and have always embraced them—their initiative to be more inclusive is extremely late. When the industry says, “Hey look, we’re including curvy women! You’re welcome!” We say too little, too late.