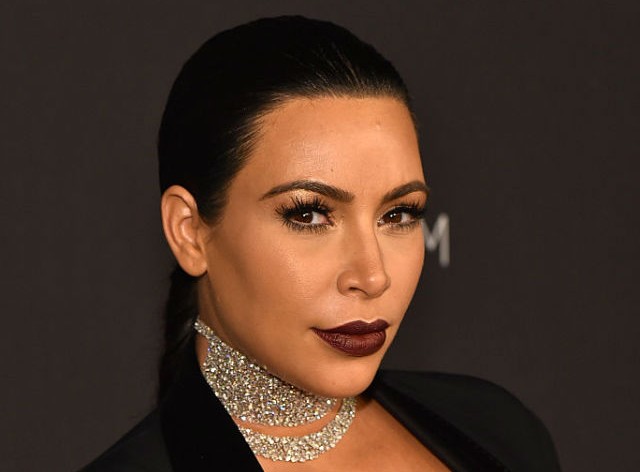 Kim Kardashian Can Still Be an Excellent Mom Without Clothing
by Ashley Hoffman | March 7, 2016 at 11:47 AM

It’s time for a status report on Kim Kardashian’s banging physique, except we’re talking about her ‘do.

Today she posted a surprisingly popular censored nude photo which people are declaring the “post baby body reveal,” because it happened today. One thing though, as people with 20/20 vision note, in this picture she is as blonde as Draco Malfoy from her brief stint as a blonde person during Paris Fashion Week. So it is possible this is not the up to date report on her rockin’ life. Interestingly, she just posted a cryptic throwback picture to the blonde hair she used to have.

But according to many commenters, women, especially matriarchs, are still not entitled to love themselves in their natural state and express that to everyone. Even if it is to maximize internet breakage, why throw shade in the way that Lorde never intended to when she said “mom”?

To the people telling her to be a mother by being clothed: that doesn’t exactly make sense if babes get popped out of a human woman’s bod, but OK. Note how her hand clutches her back. Classic “too sexy” move. Stray observation about censoring nude pictures, it’s actually quite a statement to have huge black bars over a beautiful woman’s bod. We’re all good with it.

Let us know if you can send this image of her hair to the lab because there’s nothing more important than how quickly a mother slims down.

When you're like I have nothing to wear LOL

Tags: Kim Kardashian
About the Author