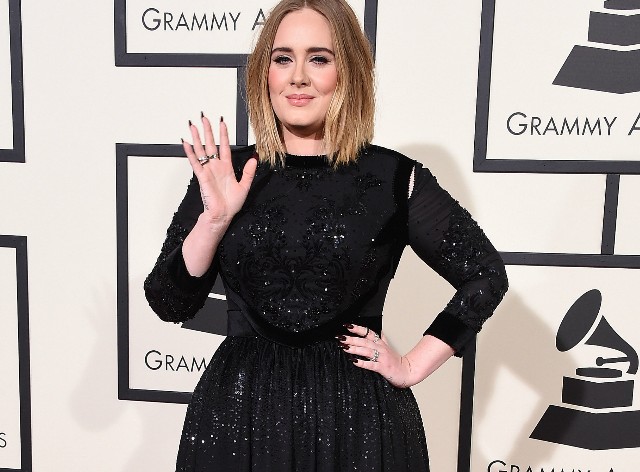 Why Do Brands Like Burberry Dress Curvy Women In Dowdy Clothes?
by Lindsay Peoples | March 4, 2016 at 3:11 PM

Adele is practically queen of the universe right now—a world tour starting, and Grammy-award winning album and has been in plenty of editorials of high fashion magazines. So when news hit that Burberry would be designing all of the clothes for her world tour, I was happy for her since British brands rarely stretch out from the usual Kate Moss aesthetic—but then I realized all the clothes that they were dressing her in were so much more covered up and plain in comparison to what’s on the runway. All the other women were getting slits that only covered their private parts, see-through panels on their chest and lots leg action.

I get that she is the first woman that the brand has used as an ambassador that isn’t a model but that doesn’t mean they should just be putting her in all dark colors and black dresses. Look at Cara Delevigne, Suki Waterhouse and Melanie Laurent. Why do they get all the sheer, printed and tight dresses? When you compare the pictures of them and pictures of Adele it’s hard to even think that they’re wearing the same designer since their dresses are so sexy and Adele’s are more on the matronly side.  Even her Vogue cover, (which is always conveniently a cropped image when it’s someone curvier), she had on a Burberry dress but we only saw half of it and only a drop of cleavage.

Naked dresses are still a major trend for designers on the runway, and even if Adele isn’t comfortable with a fully sheer dress, I’m positive they could custom design dresses that still incorporate the trend somehow. Is it too much to ask to be curvy and get to show off a some leg action, side boob, or a little booty? Curvy women want to wear prints and colors and aren’t afraid of it showing off their cellulite or making them look bigger. Affordable retailers like ASOS Curve and Eloquii need to start including this trend so that’s its accessible to women all over, but Burberry has no excuse—they have the money, resources, and are spending millions of dollars supporting Adele. Try supporting her love of her body too.