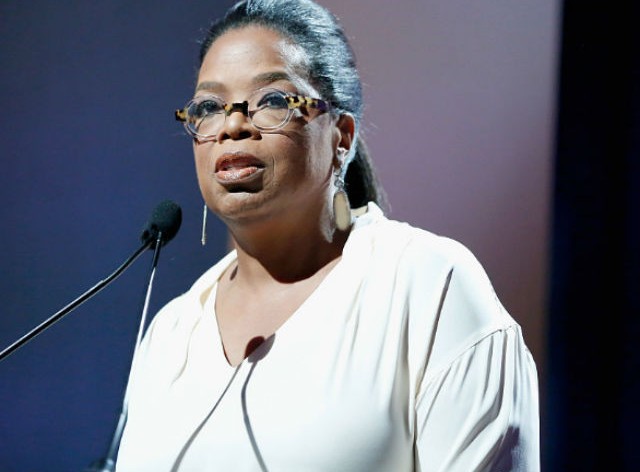 Here are five times the media has made the same oopsie, starting with this most recent Chris Jones-sized misstep.

About last night: Total Beauty: Whoopi Goldberg is not Oprah Winfrey. But Total Beauty did not know that when they covered the Oscars. Oprah and Whoopi. They look absolutely nothing alike. Perhaps flash cards would have come in handy in preparation for this epic night of household names most people can recognize by face.

1. Teen Vogue: Azealia Banks is not Keke Palmer. RunwayRiot found that Keke called them out on it, and Azealia just kept it moving. Another day, another interchangeable human.

2. Cosmopolitan: The site mistakenly identified a woman kicking it oceanside as Lupita Nyong’o. “Lupita Nyong’o shows off her INSANE abs in a tiny, blue bikini,” they said, linking to a photo gallery of celebrities wearing bikinis. Excellent fun in the sun-themed emojis, but this was just a random civilian, and Twitter called them on it.

3. NBC: At the Golden Globes, a host called Natalie Morales “Shonda.” As it happens, Shonda Rhimes was nowhere in sight at that moment. So these are two women who are probably not pleased as punched to be “twinsies.” And this tradition is still going as strong as a financially unattainable gift basket.

4. Watch What Happens Live: A caller (not Bravo,) asked Yvette Nicole Brown of Community this gem. “My question is for Yvette. …What was it like working on the movie The Help?” Killer question about a movie reflecting a world in which women of color are invisible. Maybe Octavia Spencer could help with the answer because Yvette had as much to do with The Help as Adam Sandler.

5. Armani: Someone at Armani HQ called Alfre Woodard Idris Elba in an Instagram photo. After the people of the internet laid into Armani for it, the post was taken down because doing that on the internet works like a charm.

Tags: Oprah Winfrey
About the Author