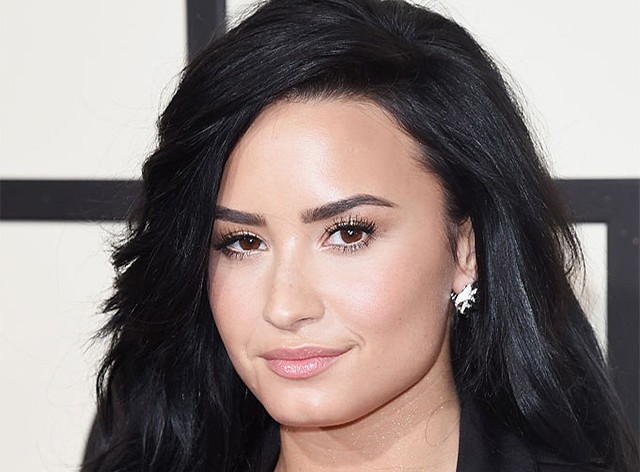 Demi Lovato Drags Taylor Swift For Furthering Her Feminist Personal Brand With Money
by Ashley Hoffman | February 22, 2016 at 8:59 AM

Out the jump, let’s get one thing clear. Demi Lovato is not shading Taylor Swift. She just has opinions like how Taylor’s $250K don’t impress-a her much.

Quick rundown. Us Weekly revealed that Taylor Swift came to Kesha’s aid by donating a measly $250K to assist Kesha as she tries to untangle herself with a contract with music producer, ‘Dr. Luke.’ #FreeKesha and all of that.

Demi was quick to put on her toughest looking Twitter battle hat and tweet her most candid thoughts about the right way to help women and the wrong way. She wanted to say, in short, that throwing money at ONE WOMAN in need is not the way to empower women to be their own advocates. Fair enough.

Taylor Swift’s fans argued that she was throwing shade at their leader, Taylor Swift. One sniffed that Demi was making it all about her, and Demi addressed that one lucky customer, who is now private. It all does raise the question, how many times can you use girl power for your catchy power ballad before someone asks you if you’ve actually agitated, done any paperwork about it, changed anything real?

See Demi’s points below. What do you think? Is it Demi’s business? Is this sizable donation not the best opportunity to discuss showy displays of sisterhood? All we know is ‘Dr. Luke’ can’t prescribe medication, probably.

Women empowerment is speaking up for other women even when it's something uncomfortable to speak up about.

Women empowerment is taking action now, not when it's convenient.

Women empowerment is taking action now, not when it's convenient.

Women empowerment is leading other women to make actual changes in our society.

Women empowerment is tweeting at 2:30 am knowing the consequences of these tweets and not giving a single f*$#.