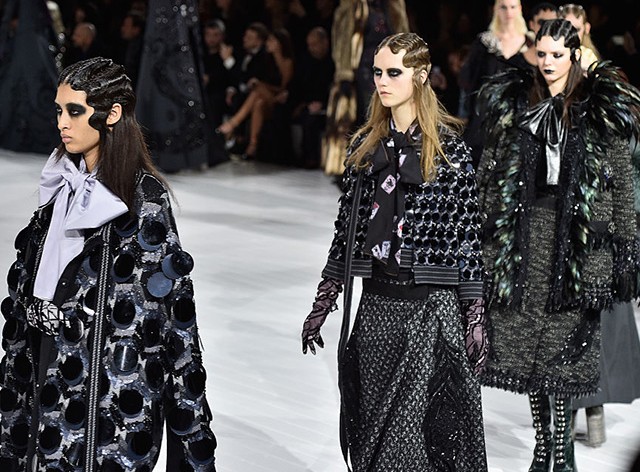 Dascha Polanco Proves She Also Wore Finger Waves Before the Marc Jacobs Models Did
by Ashley Hoffman | February 19, 2016 at 3:26 PM

Totally brand new hair steez at designer shows, it’s all around us!

Just kidding. It’s not really a matter of if, but when, the evidence will surface that designers might possibly be referencing something deeply personal to a certain culture, and now is that time again.

Everyone’s abuzz about the goth-tastic Marc Jacobs runway show, and what a brilliant show it was. Vogue reported that Guido Palau was the hairstylst who worked the models’ hair into the glossy finger waves we saw. (Redken’s Hardwear 16 Super-Strong Gel kept it slick.) Reportedly, the beauty team penciled in a wave above the hairline.

And today, Dascha Polanco, tweeted this:

As usual she looks flawless. Ahead of the curve like always. In our view, to put it more bluntly, wait, that means Marc Jacobs didn’t really give women of color from the ’20s a shout out in his show notes for the hair lieuks. This one’s an odd bird, because Marc’s camp did credit Lydia Deetz (incidentally a very worthwhile style icon, and Christina Ricci attended in support.)

You know at fashion week, you’ll just end up going to see groundbreaking things with cultural appropriation dumped all over it, like always. But Marc Jacobs is a genius and he only gave a little snippet about the hair, so we’ll let you decide where this sits with you. Should it linger on as unexpressed anger at fashion’s totally functional relationship with unsung people? Or is it totally cool with you if he remixes this and sends it down the runway, looking admittedly impactful and fab?

It wasn’t all white or white-passing models in this show either as we can see. 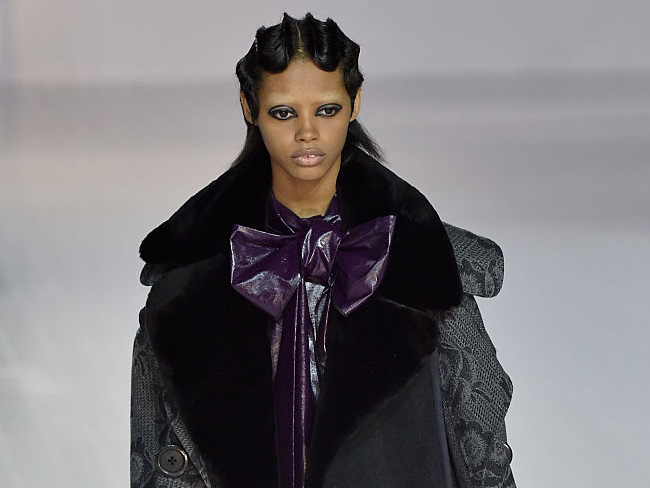 Either way, it’s a glorious collection by a smart man, and it is totally productive to stare in awe at hairstyles of the olden days all Friday long.

Tags: dascha polanco
About the Author