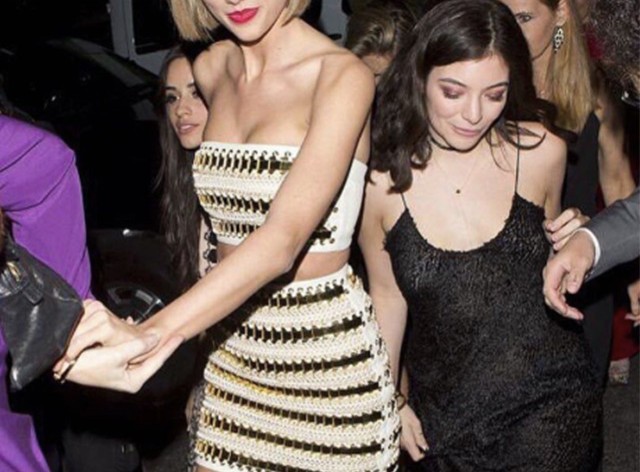 No, Lorde Isn’t Shaming Taylor Swift for Being Tall Because She Called Her a ‘Beautiful Giraffe’
by Ashley Hoffman | February 17, 2016 at 8:57 AM

Like way back when Lorde famously praised Kim Kardashian’s shiny rear on that Paper cover with the word “mom,” meaning inspirational woman who is older who you wish would adopt you. And everyone was like ‘snap she’s criticizing Kim for being naked when she popped out a baby.’

Today, Lorde posted a picture of her with Taylor Swift and in the caption, she spoke to the relatable Instagram problem when you have a bestie who’s tall: “when you love ur friend but she is a beautiful giraffe so she gets cropped.”

But even though she said “beautiful,” everyone is convinced Lorde’s throwing some good old fashioned body shaming-themed shade. Because of this, people warn that Taylor’s nation of superfans will descend on Lorde for this joke.

Here’s what actually happened. As a result of a shared organic, emotional connection, Taylor Swift and Lorde are friends. As a result of genetic predispositions, they are not of the same height and Taylor got cropped. This caption was in NO way an unfriendly breach of the Enjoy the Hell Out of Being Taylor’s Friend contract. And she did not mean anything negative when she compared Taylor’s height to a noble spotted long-necked creature of the wilds.

They are simply two besties, and in this one picture, we are deprived of the thrill of looking at Taylor’s face because she didn’t fit in the picture. 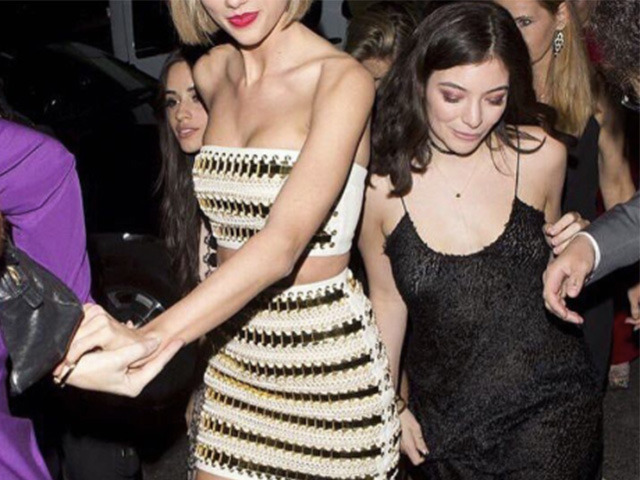 Taylor and Lorde except Taylor’s not totally there. (From Lorde’s Instagram.)

Tags: Taylor Swift
About the Author