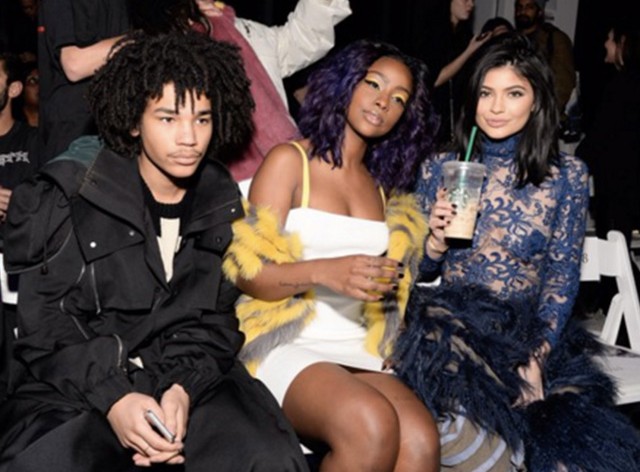 Kylie Jenner Drank Starbucks Iced Coffee in the Front Row at VFiles
by Ashley Hoffman | February 11, 2016 at 9:57 AM

Of all the things to touch Kylie Jenner’s lips, the latest is a green straw in an off-season cup of iced coffee at one of our favorite shows, VFiles.

You guys, Kylie is A HOOT. She’s gone full normal person with this accessory, and thank heavens the one and only Patrick McMullen was there to capture it. We admire the brand loyalty, and the fact that she is caffeinating to seize the day because it’s several hours before her brother-in-law’s moment. This is all deliciously relatable and a thing we’ve never seen in the FROW, but the most important thing is that what Kylie drank today and what so many others drink is the SAME THING- the most basic beverage possible. What likely prompted her to spring for the Venti is that today will be jam packed with more cameras in her face than usual, but Kylie and Starbucks, these two things are made for each other.

We imagine the Kylie effect on koffee and Bey on Red Lobster sales is not at all comparable.