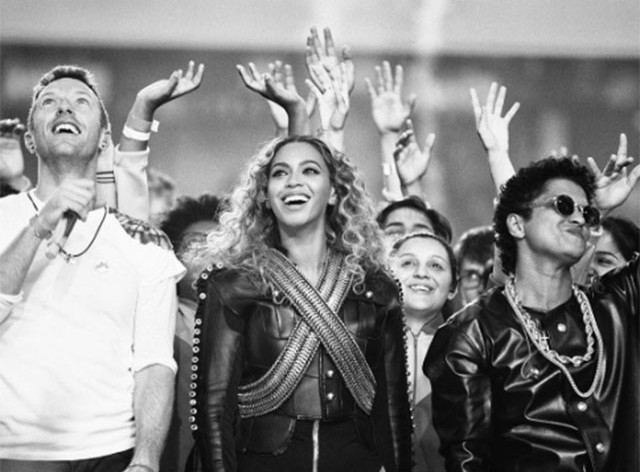 Beyoncé’s Super Bowl performance over the weekend was so catastrophically fierce that it has offended some very sensitive people. ‘Formation,’ Yoncé’s anthem of declaration about her pride in her heritage has been mistaken for hate speech. I’m not sure if the anonymous protest organizer was watching the same halftime show as the rest of the United States, but yeah.

This #BoycottBeyoncé protestor says on the Eventbrite invitation–at least they’re organized LOL–to “come and let’s stand together. Let’s tell the NFL we don’t want hate speech & racism at the Super Bowl ever again.” Because the NFL definitely has the ability to stop free speech.

Bored anonymous protestor isn’t the only one who thinks Beyoncé’s fire performance was distasteful. Former New York Mayor Rudy Giuliani called the Diva’s performance “outrageous” when he was on Fox News this past Monday.

Giuliani, seeming to have never watched a Super Bowl halftime performance…ever furthered his sentiment by saying this:

“This is football, not Hollywood, and I thought it was really outrageous that she used it as a platform to attack police officers who are the people who protect her and protect us and keep us alive.”

Do you hear the crickets? Because I do. The most outrageous part of that performance was that Coldplay was the headliner and most people don’t even remember that.

Not once, throughout Beyoncé’s performance, did she say anything hateful or pointed. She didn’t even mention the word “police.” Unless speaking about how proud you are of your non-eurocentric features and keeping condiments in your bag is hate speech, they’re delusional.

The ‘Formation’ music video is riddled with themes of proud southern black culture. More controversial, are themes symbolic of the political and societal realities of Black Americans. With the setting in New Orleans, Bey introduces us to images that invoke Hurricane Katrina. Specifically the submerged police car that symbolizes the lack of help during the hurricane but also during the life of a black American. Clearly not shying away from police brutality, Bey shows images of police in riot gear, and a young hooded boy. All of this sprinkled with Beyoncés themes of slaying and fierceness to create a perseverance anthem. Ironically, lyrically, she never mentions police, and these strong themes that are represented in the music video were left out of the halftime performance, because the song just isn’t about hate, it’s about being proud of her heritage. Get it bored protestors?