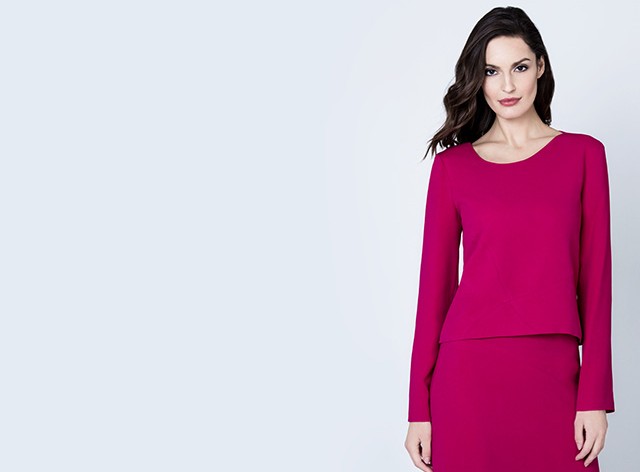 Rose and Willard Is Actually Forcing Their Models to Eat In Front of Them
by Ashley Hoffman | February 4, 2016 at 9:32 AM

So the brand Rose and Willard is adding an actual non-negotiable clause to model contracts that will force them to eat in the presence of the brand during jobs, otherwise the models will be out of the job.

The brand’s founder Heidy Rehman informed everyone that they’re doing this because their models refused food on long shoots citing that good old extreme pressure to lose weight if they want work.

I’ve seen models backstage at Derek Lam and Katya Leonovich enjoying thick sandwiches and cookies before their shows. But this move essentially operates on the assumption that models will not do what’s good for them because of industry standards unless they threaten to snatch away the paycheck. It’s this idea that even when healthy food models might like is provided, they’re not going to do it. If what they say is true, then the options under these conditions would be eat so you can get paid by Rose and Willard, but you might risk losing other opportunities like all of them.

Even though Rose and Willard has taken to requiring models to eat foods instead of just providing the healthy snacks without a threat, they seem like good people. They say this new development has popped up because even though they often cast non-model models who they feel are aspirational and relatable, they’re thinking about going with pros.

Heidi wrote: “We are now at a crossroads with regard to whether we continue with professional models or our non-model models. If we do opt for the former we have decided that we will include a non-negotiable contractual clause with the model agency which will state that the model must eat a meal and in our presence. We will not allow her to only eat a tiny morsel and/or suggest she’ll eat later. The consequence of non-compliance will be that neither she nor her agency will be paid.”

Sometimes you just got to be a superhero because responsibility.

“Yes, it’s a form of nannying but we feel we have a responsibility to protect these young women from an industry which we believe can leave them exploited and puts them under pressure to starve themselves and damage their health and wellbeing.”

They tried to simply encourage nourishment, but evidently, getting all mom on their models didn’t work, which is why they’re going with the whole nutrition job requirement. “None of them ate anything during the day’s shoots despite our protestations. One even became delirious and started talking gibberish. We had to send her home.”

So morsels do not count under Rose and Willard’s watch. Sara Ziff of the Model Alliance recommends providing models with healthy snacks and reasonable hours just like other professions, but not force feeding. Is all this industry self-regulation really the key to the universe? Where do healthier beauty standards start? Wouldn’t it be utterly magnificent if people just listened to their bodies’ needs, as we know many models do? Or if the designers seemingly pressuring everyone to skip meals just made wider leg wide-leg trousers?