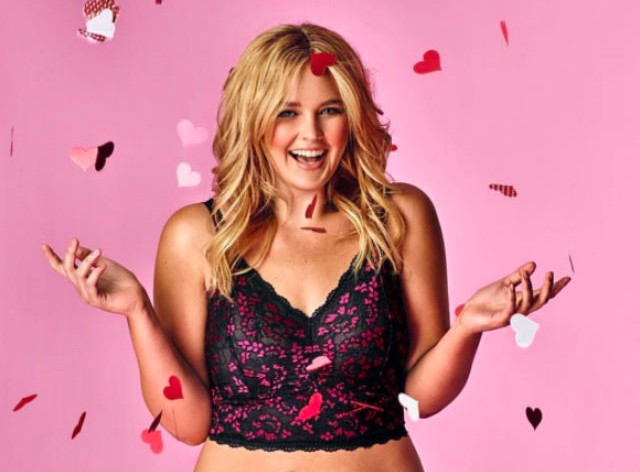 Curvy babe model Georgina Burke is getting REAL today, y’all. She talked with ELLE about her favorite part of her body (all of it, naturally), her relationship with Instagram (she doesn’t take it too seriously), and the current problem with curvy models getting featured in fashion campaigns.

On that little issue, Georgina writes:

“It’s kind of sad because it’s almost like brands feature plus models for the shock value, to get noticed. It shouldn’t be like that. Those campaigns should just be released, and it just happens, and then another one should be released. It shouldn’t just happen occasionally. We need a happy medium of using a plus model and then shooting a straight-size model too and intertwining them instead of segregating everything. And I wish people in the industry didn’t have the misconception that ‘plus’ models are not as agile or we can’t move or that we’re not able enough as a straight-size model because they think our size restricts us. When anybody asks me, ‘What do you do?’ I’m say, ‘I’m a model–just on a grander scale.’ That’s all it is.”

Amen to that. With the hype curvy models get when they’re featured in a campaign, it can feel like brands are just doing it for a pat on the back. Regardless, though, it’s always a good day when some major brand acknowledges curvy bodies exist no matter what their longterm agenda might be.

#sticksandstonesmaybreakmybonesbutwordswillneverhurtme Last night on social media I was called a whale… Fatty… Obese… And things I can’t re write if I tried…On this image! Call me what you like 🙂 take it or leave it!!! #torrid #brandambassador @torridfashion

We agree with Georgina, though. The day curvy models can hang out in fashion spreads with straight size models in large quantities and NO ONE gives a peep about it because it’s the norm will be the day when we can all rest in peace. Even then, though, we’re always gonna draw attention to how majorly hot Georgina is because OBVIOUSLY.