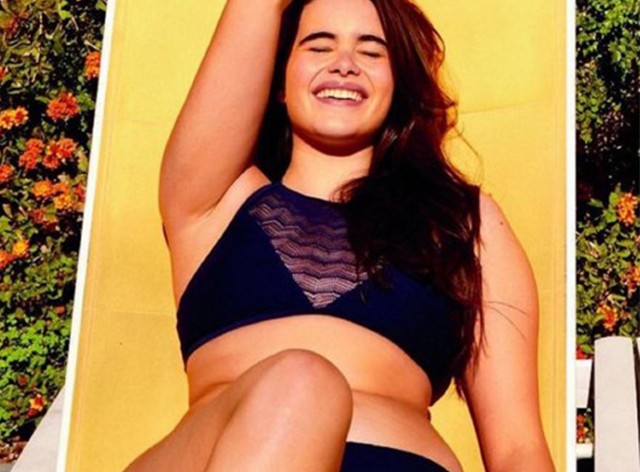 Now that the internet is spreading images of body positivity, a movement that started in the ’60s when times were a changing, the diet industry’s going to crap, apparently.

So Business Insider says the diet industry is on deathwatch notice, observing this near a babely picture of Barbie Ferreira.

“For so many years, the diet industry has played on women’s — and men’s — vulnerabilities. But now that women are becoming comfortable as they are and beckoning to retailers to represent them accurately, they no longer feel the need to starve themselves. They simply wish to take care of themselves and feed their bodies good, natural foods.”

Obviously this is totes DISTRESSING for the titans of the diet industry, and this stuff just keeps pouring out of this article. Of course this story is full of real facts from NPR, but they still don’t get what’s Happening Today. Even if you’re not “dieting,” people still often watch what they eat because they want to eat nutritious things. And the body positive images DO make people feel better about their lieuks, and you know, want to care for themselves. But don’t people eat better when we discover more things about food as time marches on? And aren’t people, people of ALL sizes?

Anyway, they noted this:

“It’s likely that young women, the most vulnerable and impressionable consumers of all, just aren’t buying into what their parents might have bought into.”

And for more laughs about trend pieces about our selfies and ourselves, they said this:

“It’s clear that people are feeling better about their own set of genetics and society is embracing that. That doesn’t mean people are treating their bodies poorly; there’s a shift towards moderation rather than deprivation, and an even greater shift towards wellness.”

But they’ve decided that certain diet products are suffering the more people embrace themselves, a.k.a. telling us that people are less likely to watch what they eat because they like themselves more, which is patently false. Business Insider credits the cultural shift to Ashely Graham in Sports Illustrated and other body positive things that happened because LOOK HOW HAPPY WOMEN ARE NOW. Fine by us, because we just really want to see Ashely and Barbz in their fire swimsuits. But here is our question…is eating better without a prescriptive plan from Weight Watchers or Lean Cuisine really all about body acceptance?

These companies may profit from insecurities and the will to eat differently, but it’s a giant leap even for presumptuous mankind to say that things like health foods aren’t trending because #bodyposi is. More likely, people are just more educated about clean eating in a way that doesn’t involve weight loss programs you can find in Mad Men or some meat loaf in the frozen aisle of the grocery store.

But sure, if you’re prone to losing credibility and stuff, yeah curvier models ruin the diet industry for everyone and Ashley Graham is part of a giant plot to overthrow Lean Cuisines with torpedoes of self-love vibes.