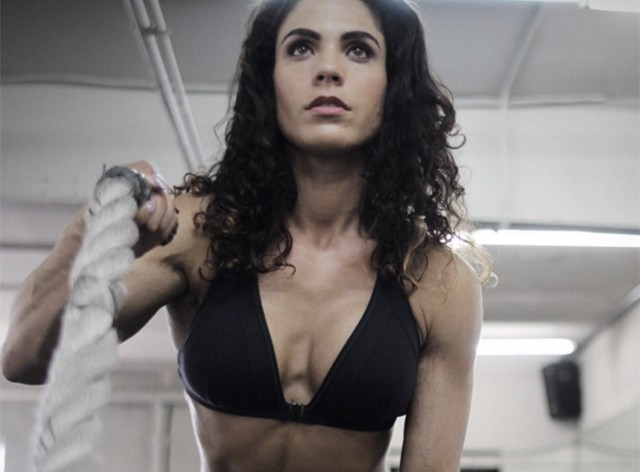 A woman in excellent shape recently worked incredibly hard to become a body builder, and PIX 11 has the story.

To begin her fitness journey through time, Nathalia Teixeira filmed an honest video of herself discussing the various ways she was not content with parts of her body. In her YouTube video, there she was playing with excess padding and unveiling her accountable plan to lose weight and become a stronger more muscular version of herself to everyone.

Fast forward four years: she did it. As Chris Rock said about cornbread, “ain’t nothing wrong with that.” But the media, being consistently great at things that aren’t true, chose to cover this Rocky-style tale for the ages this way. PIX 11 headline: “Queens woman uses online fat shaming to reach fitness goals, become bodybuilder.” OMG she used “fat-shaming” for a good cause. What a genius way to turn lemons into lemonade.

It may not surprise you, but they are TOTALLY making it about shame. Even though we all know that it often really comes down to self-image when it comes to what gets people moving in a different direction whether it’s stopping or starting a weight loss regimen. Reading this, we thought she probably didn’t get stronger because she had a rollicking good time in the comments section where she likes to trawl around and play “who said the worst thing about me because I desperately need fitspo.”

Just because in her deeply confessional video she very openly highlighted what she wanted to change, call us CRAZY but that doesn’t mean body shaming was the wind beneath her wings as she crunched and pumped her way to become a competitive body builder. She simply said she wanted to make a change.

Unfortunately, this woman also endured a healthy dose of shame in the style of LOVE YOURSELF, YOU SHOULD EMBRACE YOUR CURVES after her changes. See? Women can’t win on the interwebs. Her bod = her decision to do whatever she wants with dumbbells. But oddly enough, in her interviews, she says nothing about how getting shamed or “shaming” herself that made her do it. The media needs to finally recognize that putting these ridic words in people’s mouths is wrong. Because shame rarely gets stuff done, and at least wait for your source to tell you “the shamers made me do it.” Present-day Nathalia looks powerful in her jaunty workout gear. So did Nathalia at her previous size.

Oh, and she recently she said this on the matter on social media. Body shaming didn’t help her — it had the opposite effect:

“I would like to just leave it perfectly clear that I DID NOT FAT SHAME MYSELF! Nor did I invite anyone to fat shame me! It’s so sad the media twisted my story! I recorded a moment that I decided to change and kept that as a key piece to keep reminding myself WHY I was not going to give up. I am completely and entirely AGAINST FAT SHAMING. I was fat shamed several times while I was obese and it DID NOT help me, it sunk me deeper! I always tell someone that wants to change and always gives up, to record or photograph their moment when they decide to change, and that moment you make yourself a whole bunch of promises and usually 2-3 days later your promise feels empty and not worth it. That’s when I suggest you go back into that recording and relive that moment to remind yourself you will NOT GIVE UP and fight for your health and well being. But remember this, fat shaming DOESN’T help anyone! It affects that person, or yourself, in a psychologically negative way and is beyond unhealthy.”