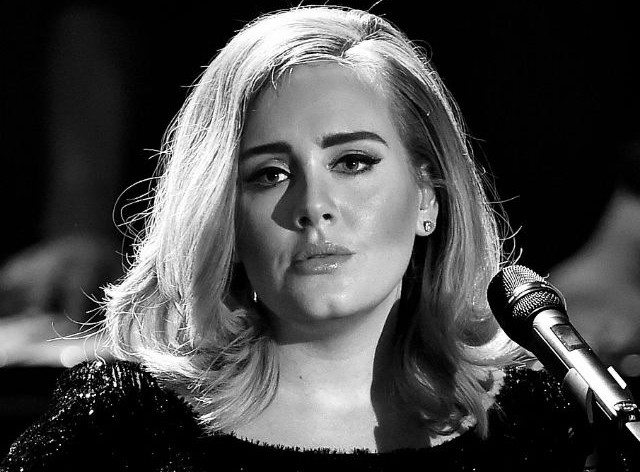 You might know Tristan “Mack” Wilds as Michael Lee from The Wire or the hot dude on the flip phone in Adele‘s music video for “Hello.” Well, he sat down for a chat with The Breakfast Club radio talk show about life, love, and Adele’s body, so that’s cool.

Wilds had nothing but love for Adele and her realness. When Wilds told the breakfast crew that Adele hugged him the first time he walked on set to shoot the video, host Charlamagne Tha God asked the fun question, “How’d she feel?” Huh?

Wilds laughed it off as if his grandma had asked if Tinder was like Candy Crush and just said, “Great.” But Tha God wanted to know more. He said, “Cause she lost weight, I’m wondering if she’s still got the bags,” commenting on how people who lose weight sometimes have “a little fanny pack” under their sweatshirts. Truly love this guy. Thank goodness for the female host drowning out most of his blabbering about the sensation of being pressed against Adele’s post-weight loss body with her yelling “Stop it!” into the mic.

“She’s definitely in amazing shape, bro,” Wilds said. So glad that’s cleared up. The conversation then obviously shifted to how hopping in bed with Adele would make all the bros jealous, and Wilds should probably hit that. And then it all circled back to Adele’s weight (what else?) when Tha God said her husband must be a good man because he was with her when she was shaped like a “Twitter egg.” That’s a new one.

Anywho, Wilds seems like a pretty cool guy considering he didn’t drink the body shaming Kool Aid for breakfast and because he’s been touched by an angel. Screw that other dude, though.

Catch the fun time below.