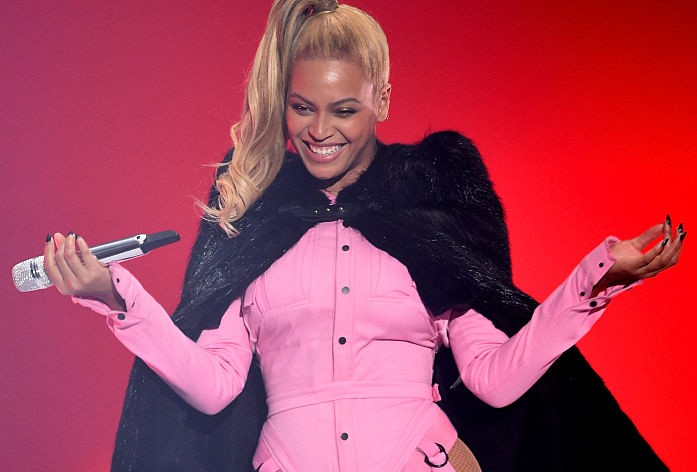 Superfans Think Beyoncé’s Next Song Will Be Called ‘Formation’
by Ashley Hoffman | February 1, 2016 at 8:57 AM

Beyoncé’s doing SOMETHING. It’s likely a new video, and her superfans gave us the following intel about it.

According to @whatthekasim, Beyoncé filmed a music video for a song called “Formation”! pic.twitter.com/VP1MpZp4vd

“Formation” CONFIRMED! In August, this story board, throwing together ideas for the festivals, left out of Parkwood! pic.twitter.com/7vbV8dewdW

It’s a science fair style collage about Beyoncé so we maybe believe it. We assume this new video, if it’s happening, won’t be too wildly different from her last music videos. Like, we can’t imagine something called “Formation” is released with a music video of her passionately kissing her own reflection and then setting some entire place ablaze. But that would be one of the best things Bey ever did.

We sense this one could be uprising-themed. If it’s actually called “Formation,” it will probably be about an army of people setting rights to all injustices done by flipping their hair. In her One Thing She Is Doing For Us lately, it would be nice to have some Bey rebel forces.

No one knows for sure, but prepare yourselves because she cometh.