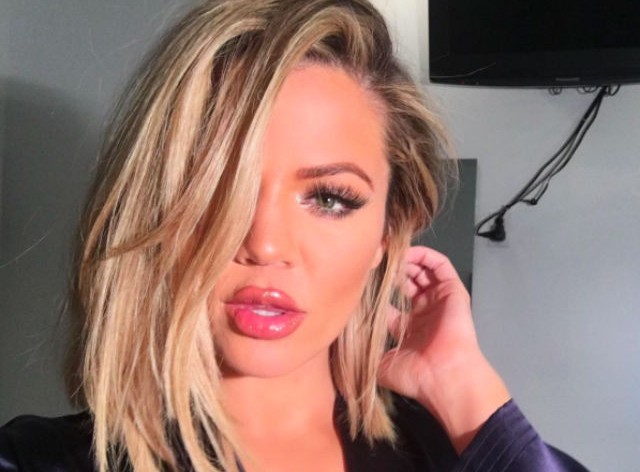 Khloe Kardashian Thinks It’s Cool That Lamar Odom Loved Her When She Was ‘Fat’
by Eliza Dillard | February 1, 2016 at 1:03 PM

In case you had no clue, Khloe Kardashian has slimmed down since her breakup with Lamar Odom. If that’s news to you then congrats, you live the admirable social media-free life we’ve always dreamed of.

Last night on Keeping Up With the Kardashians, Khloe was revisiting her old self and said that her curvy high school body kept her in check back in the day because of course no right-minded teenager would want to brag in the locker room about having sexy time with the curvy Kardashian. Cool.

And on Lamar Odom, Khloe had to give him props for still liking her despite her size. She said, “Being fat and then being married…like I respect Lamar because he still liked me fat, which is like I appreciate that. That’s a big deal when a cool person likes you at your worst.” How very noble of him.

Here we are again singing the same old sad song about how all that glitters is reserved for those under a size 10. We get it. Having wider hips than your sisters is definitely the worst thing that could ever happen to you. Your ability to have it all definitely depends on how many times you go to barre class each week. RIGHT? Right.

We also get that finding a dude who wants to commit to a woman with curves is like finding someone we’d actually want to be friends with at a Justin Bieber concert: a near impossible feat (at least that’s what the trusty people behind WooPlus want us to think). Thank goodness there’s now a Kardashian to confirm that or whatever.

Tags: Khloe Kardashian
About the Author