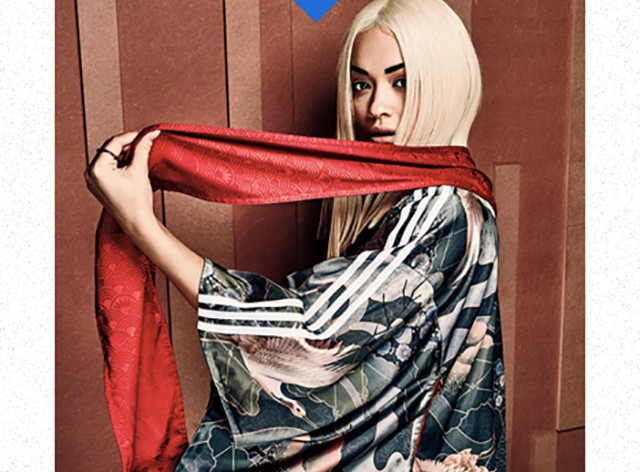 Rita Ora ‘Has Been Charmed by the Geisha Culture’ for This adidas Collection
by Ashley Hoffman | January 29, 2016 at 8:56 AM

Previously, Rita Ora was charmed by dogs for an adidas collection.

But now she turns her focus on Japan, so she’s putting athletic stripes on kimonos and stuff. Here she is swanning it up on Tumblr with her new intriguing geisha routine with a mysterious scarf. Perhaps this adidas feature story explained it best, “Rita Ora has been charmed into the Asian Arena by the mythical allure of the Japanese geisha. The next adidas Originals by Rita Ora collection is coming soon.” These are the memoirs, Rita’s memoirs, of a sporty geisha.

This narrative is nothing new certainly — we’ve seen Asian culture “remixed” by Katy Perry, the Met Gala, and the Chanel runway. Are you here for her new global affectations? How does it make you feel? Anyone want to talk productively about the appropriation of this culture? Our thoughts: whatever the implications, people still don’t get that this is culturally sensitive territory.

Rita Ora’s new collection may cause a bit of a Tumblr-sweat.