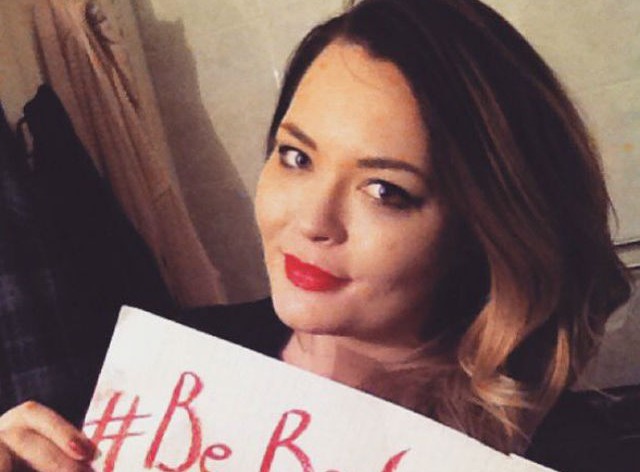 We never thought we’d see the day when we’d be writing about professional wrestlers, yet here we are. Today, we’re shining a ray of light on wrestler and entertainer Mick Foley for fighting a good fight, this time against the challenges curvier women face.

When curvy model Char Walker tweeted this image about embracing your curves, friendly Foley sent her a golden nugget of support. See the exchange below.

But not everyone was all ‘aww’ over Foley’s message. One guy thought Foley was being like your teenage best friend’s creepy dad who used to eye your cleavage and comment on how you’re “filling out nicely.”

But never fear. Foley’s friends with Walker and tweeted this jewel about body positivity.

Nothing creepy about supporting a friend & trying to change the stigma facing #plussize models/women #BodyPositive https://t.co/2TJ8IMQYhm

It’s not every day we see a WWE wrestler tweeting out “#loveyourcurves,” so we’ll take it and give Foley the pat on the back he deserves for raising some awareness in the wrestling community.

Tune in next week for our full coverage on everything you never wanted to know about ice hockey (jk).