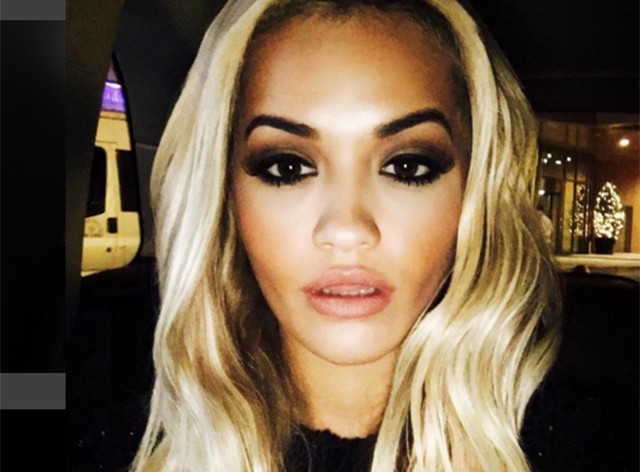 Terry Richardson rides again, this time with a lui cover of his former subject: Rita Ora.

Her cover’s been up on her Instagram for nineteen hours without getting policed yet. Oddly enough, when Rihanna posted her topless lui cover on Instagram, Instagram banned it and it all caused a mediasweat. (Rihsus was partially covering her breasts in it with her arms. Her hands were intertwined like she was about to boil someone, but there was significant visible boobage.)

But here Rita’s image is flying free. Perhaps it’s because they appreciate a well-placed censorship sticker even though it ruins an image of a woman’s beautiful bod. Is it that there are two black stars on the nipply bits? Are ladies in all their glory only a danger to the kids unless it’s a shot that has Terry Richardson’s classic flash all over it? Is that why this is all good with you, Instagram? Inconsistent on women is what Instagram aims for, and we don’t know where they stand on women’s bodies today.

Sorting out what it is about women – breastfeeding, bleeding, or existing – that is so unsafe for youngling eyes seems incredibly difficult, though it makes sense from the POV of Instagram, The Internet League Of People Willing To Facilitate the Promotion of Boobs When They Have Stickers.

For starters, it’s a really weird thing to do to some women and not others. And another thing, people have reported this photo — but it’s gotten nary a warning thus far. As we know, it’s all terribly inconsistent. Oh, Instagram.

We wish this were a totally lovely concept instead of the flasher aesthetic, but it’s Terry so anyway there’s a pleather-like skirt. Great day for art.

“FREEDOM” Being ME without permission.