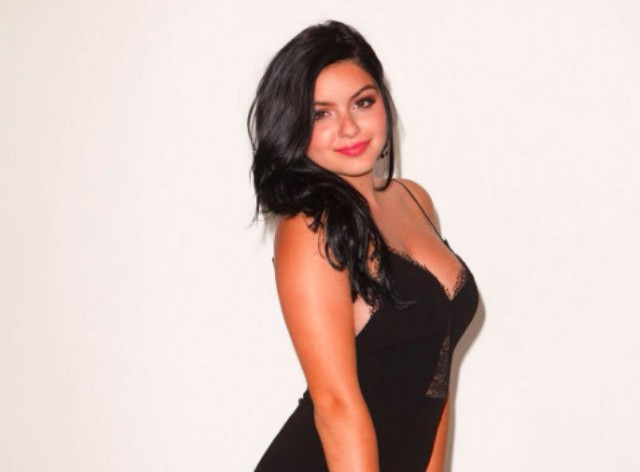 Ariel Winter Is Shocked That Calvin Klein Model Myla Dalbesio Is Considered ‘Plus Size’
by Eliza Dillard | January 28, 2016 at 10:14 AM

It’s been over a year since curvy model Myla Dalbesio wore some stuff for Calvin Klein and people went dumb over the fact that her body type is considered “plus-size” to the fashion industry.

Well, that topic is STILL making waves on Twitter in 2016, as we previously reported. Modern Family star and expert body shame repeller Ariel Winter caught wind of a trending image of Dalbesio for Calvin Klein and weighed in on the matter, hoping the fact that she’s a “plus-size” model was just some big internet joke we could laugh about later.

Please tell me this is a joke and this is not what is actually considered plus size… pic.twitter.com/UPN6aMhIYC

We’re glad to see Winter offering up her thoughts on matters that we give a few screws about, and we get that the fashion industry’s labeling system is bogus like Kanye when he gets into a Twitter war over nothing.

But we still wish we could stop the debate over whether Dalbesio is curvy enough to be a “plus-size” model because her hot bod isn’t the real issue here. The unnecessary “plus size” label itself is what should be making people spit out their morning coffee in anger. For more on that matter, check out what our own Iskra Lawrence has to say here.

Anywho. We love that Myla’s Calvin Klein pics have made their way back into our lives, but we wish it was for a different reason. Oh well. Back to whatever cool thing you were probably doing.