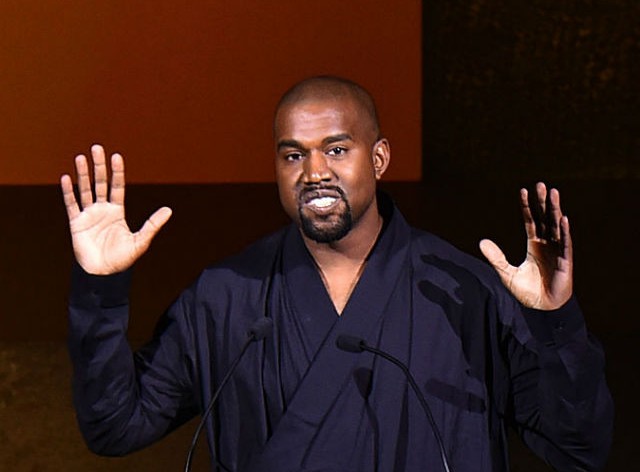 People Think Kanye’s Astrological Sign Is the Reason Behind His Drama With Wiz Khalifa
by Eliza Dillard | January 27, 2016 at 5:06 PM

If you’re as confused as we’ve been this afternoon about all the MAJOR DRAMA happening between Kanye West and Wiz Khalifa, well, don’t worry. The puzzling series of events can all be chalked up to one fact: Kanye’s a Gemini, which would explain why he went off on Wiz for tweeting about weed and misinterpreting it as a diss to his wifey Kim, and then trying to make up for it with “mad love.”

For further background on this feud and emotional tweets that have since been deleted, see here for a summary of events. The Twitter world has been on standby all afternoon watching this saga unfold. And everyone’s jaws hit the floor when Amber Rose sent this literal “oh sh*************t!” mic drop tweet.

It’s all been a whirlwind. People were baffled over Kanye’s range of emotions — from rage to apologetic to loving bro– he’s been all over the map in this battle, talking about pants and waves. Because, YEP,  he’s a Gemini with multiple sides to him.

Man it’s a sad a day… Wiz lost 2 million followers since I tweeted I didn’t mean to either him like that.

Now, thanks to Kanye, the twins sign is trending on Twitter. See what people have to say about the REAL reason behind this feud here.

Kanye is a Gemini, w/ Cancer Rising and Pisces Moon. That’s why. https://t.co/kBLP82TLpe

Lmao that’s the Gemini in him.. All Gemini’s are crazy. Never met one that wasn’t and bipolar as hell.

but like… kanye’s a gemini & no one likes gemini’s because gemini so that explains.

Kanye a true Gemini tho…he done read Wiz and his baby momma and kid and Wiz’s music for filth and now he love him, lol.

Wait. Kanye is a Gemini? EVERYTHING MAKES SENSE NOW.

I’m a Gemini I understand where Kanye is coming from. I do it too it’s ok

No just a Gemini RT @ArekahKane: Is Kanye, clinically bipolar?

Yeezy’s Collection Is Only Available Up to a Size 10
Earth to Kendall Jenner and Kylie Jenner: Your Holiday Cutout Dress Doesn’t Fit Everyone

Tags: Kanye West
About the Author