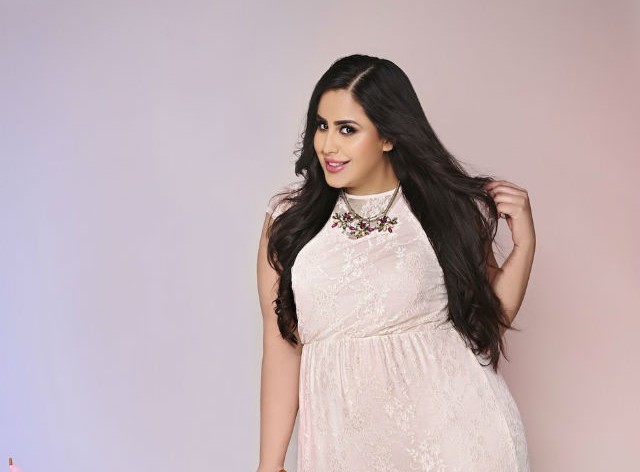 ????On My Way To ‘Yours’ Store Excited To Meet You All! ???? #BishamberDas @yoursmiddleeast @yoursclothinguk #mydubai

Das recently opened up to Paper about her background, aspirations, and what it’s really like to be a model hitting the fashion industry with a much-needed dose of diversity.

On why she wanted to become a model, Das said this:

I am of Indian/Malaysian heritage. All my life I have been plump, and growing up I would constantly hear comments on how I was pretty for a fat girl. Elders from my community used to feel it was their right to tell me that if I did not lose weight, no man would love or marry me. I was sick of people looking at my physical appearance and deciding I was not worth anything when in fact I was a bright young woman who had already achieved so much in her academic and professional life. It is about time a woman of my color came forward and showed the world real diversity.

Obviously it makes sense that a person’s lovability and success depends on the number on the scale… RIGHT? Right. Totally here for Das proving to any confused elder back home that she’s a true gem no matter what size she is.

But Das’ job is about much more than just being a model, she says. She wants to make a major change as far as what society views as beautiful. Win. She told Paper this:

When I started off, many laughed and joked about me, as plus-size is not so widely accepted and celebrated in the far East as it is in the States or Britain. I see myself as more than a model, I don’t just dream of having a successful career, I aim to be the woman who challenges perceptions of beauty in countries around the world. [I want] to bring change.

And if that wasn’t enough to make you want to ask her to be your Valentine, she pointed out the fact that curvy models need more opportunities for work, and “plus size” brands in Britain need to stop outsourcing models from right here the States and throw a bone to the curvy models working in their own country. Sounds fair to us.

???? Happy Birthday To Me! I Really Have Some Angels In My Life!! Today I Had The Best Birthday Celebration Ever! Spending Time With My Beloveds In Our Personal Yacht… Thank You For Such A Beautiful Evening!! You Have Given Me Memories That Will Last A Life Time… I Love You ???? #bishamberdas #mydubai

We’re totally here for all of these fire messages and are bowing down to this sexy, insightful beacon of hope. We’re also praying we get a whole lot more of her in our lives in the very near future.

Related links:
This Curvy Model Shared an Inspiring Message After Being Called a ‘Fat Bird’ at Her Birthday Party
Iskra Lawrence on How Modeling Taught Her to Stop Comparing Herself to Others