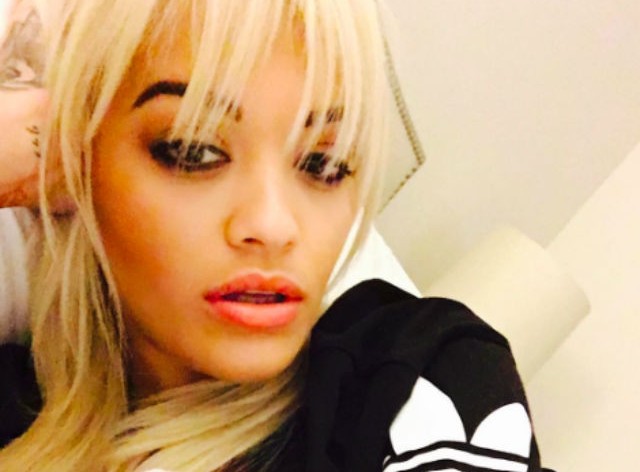 Snapchat filters are wild.  You can turn yourself into a purring cat, vomit rainbows, and try out that rounder, fuller faced look if you want. Which is exactly what Rita Ora did, and she threw the opening line to Adele’s “Hello” over the pic just for kicks. See the fun Snapchat below. 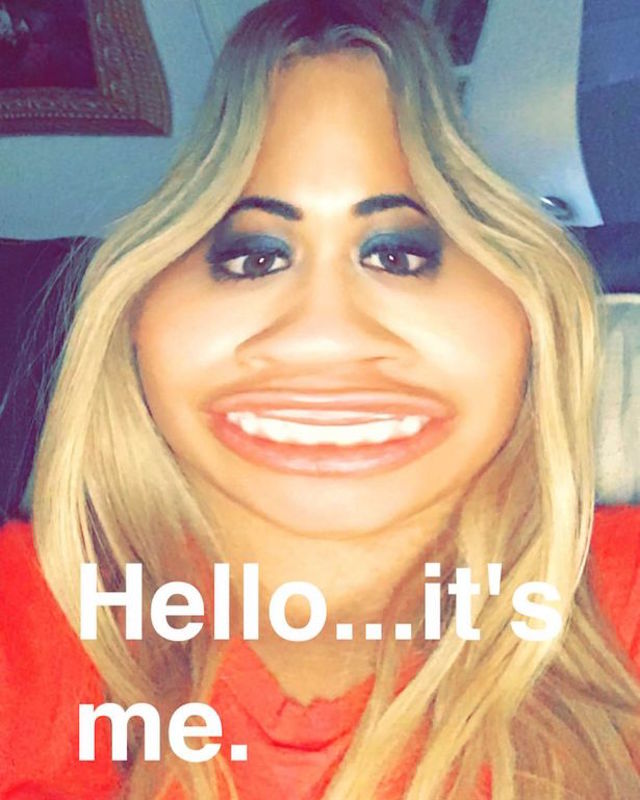 The Mirror claims that the picture “appears to mock Adele” because, ya know, the evoker of a million emotions has a rounder face. Yes, that is a possibility. Or, possibly it was just a silly Snapchat. Only Rita holds the answer to that, so all we can do is sip our coffee and wonder.

We get it. Everyone’s on high alert for body shaming right now — it’s a trendy game with too many players. But just because Ora slapped some curvy singer’s lyrics over her distorted Snapchat face doesn’t automatically mean she was trying to poke fun at Adele.

Saying “Hello… it’s me” is kind of like juicing. It’s trendy right now, however annoying it might be. It’s very likely Ora was making a funny by taking a late night snap and saying, “I know I look different but HELLO…IT’S ME.”

Mirror also cites that this isn’t the first time she’s been accused of dissing Adele. In November, she sang her own gibberish rendition of “Hello” because she’s Rita Ora and she can. Maybe Rita Ora is really just Adele’s biggest admirer and constantly has the song playing in her head.  Is making up your own nonsensical version of a popular song really a “diss”? We aren’t convinced.

Anywho, back to the Snapchat at hand. It’s likely this conversation wouldn’t even be happening if the lyrics belonged to other curvy singers like J.Lo or Demi Lovato. But because they are Adele’s, the singer who chalks up some of her fame to the fact that she’s relatable because of her size, body shaming is naturally the first conclusion people jump to.

Whatever the reasoning behind Ora’s smokey eyed and distorted face Snapchat, it wasn’t the smartest publicity stunt, that’s for sure. But immediately pointing the “body shaming” finger at her is a hasty judgment when there’s a good chance she was just having some fun.

Related links:
It’s Insane That Adele Wonders If She’s Successful Because She’s Curvy
Time Magazine Shouldn’t Have Put Adele in Another Coat for This Cover