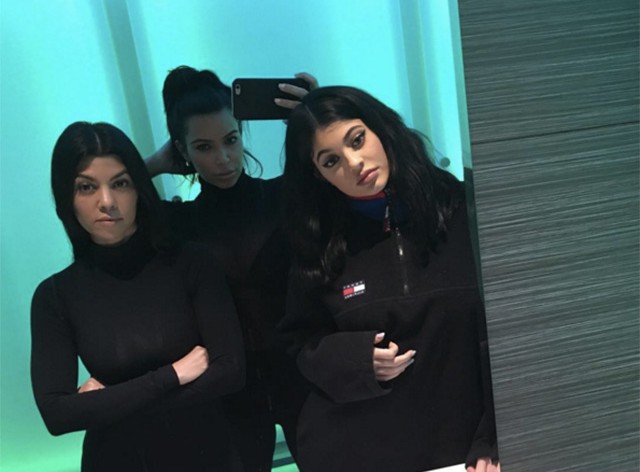 ‘Experts’ Insanely Confident They Know Kim Kardashian Got Lip Fillers
by Ashley Hoffman | January 26, 2016 at 8:53 AM

In news to everyone, Kim Kardashian has appeared on Instagram doing a sexy pose. She looks beautiful, and not so radically different, but apparently the fullness of her lips was shocking so people of course came to their own conclusions about what’s in her face. They played a game of find that cosmetic treatment, and could speak of nothing else.

So The Mirror is setting the record straight about the plastic surgery they’re sure Kim got in a hilariously titled piece “‘Truth’ behind Kim Kardashian’s new look revealed by leading plastic surgeon.” Of course, people in the plastic surgery biz were quick to offer their conclusions and here they are. To the science!

Plastic surgeon Dr. Kishan Raichura seemed to know everything that happened to her face based on the Instagram picture.

“What a difference! Kim certainly appears to have undergone cosmetic treatments to volumise her lips and cheeks.Her l ips appear fuller – suggesting a lip augmentation using dermal fillers – and her cheeks have likely been filled with a volumiser to create a more sculpted look.”

The medical expert then went on to offer the benefits and his advice for doing the same.

“Non-surgical injectable treatments are fairly safe and offer predictable results, but the key to subtle results is a gradual increase in usage, rather than large amounts of filler being used in one session. Kim looks great, but she should avoid over use of fillers for a more natural look.”

Even though there was strong evidence that she is just still doing a duck face in 2016, nurse Julie Brackenbury added “Kim is pouting in this photo so that would ultimately make her lips look a bit bigger. However in comparison to other photos her upper and lower lips do look more augmented. The cheeks look puffy and this could indicate cheek enhancement by dermal fillers. The appearance of the fillers post treatment can sometimes cause puffiness and will settle after a while. We may see photos.”

But Kim says, her face looks different because of a growing fetus.

“No I don’t do fillers or Botox when pregnant like some tabloids are reporting, you would have to be really sick to endanger your child like that! Anyone who has been pregnant or gained weight knows your face totally changes! My nose gets bigger, cheeks fuller & my lips swell up.”

Tags: Kim Kardashian
About the Author