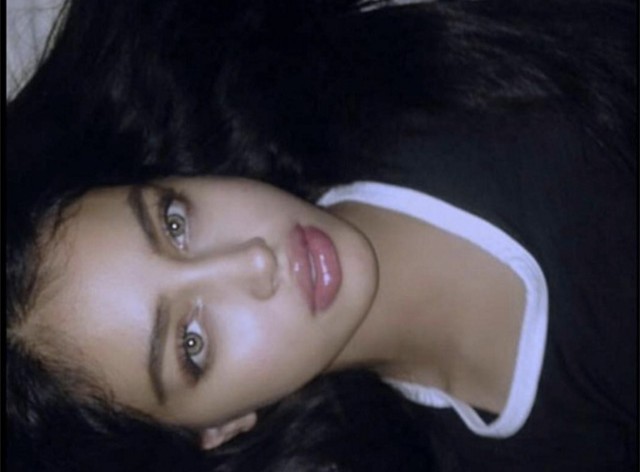 When human punchline Justin Bieber appreciates a look, it takes you places. Take for example this 17-year-old young woman who is about to become a model because he developed an Instagram crush on her.

If you missed the heart-melting Cinderella story, here’s how it went down. Justin Bieber, Curator of Pretty Young Things, recently saw what he liked, and he told people to FIND HER, as is his wont.

And find her they did because news outlets were so swept in the romance of it all. The Daily Mail published her address and even her rap sheet because she had a thing with the law. Look how useful this musician is.

Now Cindy Kimberly, this new 17-year-old person of interest who previously led a normal life, is getting pummeled with offers and will be making her modeling debut at Cibeles (Madrid Fashion Week), according to this Vanitatis interview translated by Fashionista’s Chantal Fernandez.

Obviously the public attention she didn’t ask for gave way to a real modern day 12 Angry Men debate on how good or not good she looks. This was the face that launched thousands of “not hot enough for Bieber,” comments. As a model, she’ll soon be in an industry where she will similarly be judged on her appearance.

It’s highly possible that she could have a well-deserved, rewarding career choosing the kind of modeling work that suits her. She could inspire women and have a ball of a time, jump higher, and wear better lip liner. She may have a chaperone, she may have a strong sense of self, she may have a ray gun. It’s her right to seize the moment and make something out of it. But this is still totally screwed up.

Now this newly crowned model is nearly 18, but she’s still only seventeen. And models of all ages often report that they experience a litany of abuses you can file under STUFF THAT WOULD TOTALLY BE A PROBLEM IF IT WEREN’T FASHION including sexual assault. So it might not be so awesome.

The uplifting news is that there have been some measures taken on paper to protect young models. In New York, if you’re a model and you’re not yet 18 years of age, you have to be treated under law as a “child performer,” — same as any other child performer, seeing as modeling can be quite the unregulated industry.

For some, the magic cutoff still appears to be 16. The Council of Fashion Designers of American and the British Fashion Council “strongly recommend” designers cast models who are at least 16, which she is. She’s stunning, of course, and maybe everyone’s thrilled she’s on their radar now. Thanks Justin! But even if she had a completely bright future of strutting her stuff, this is a designer making a casting decision simply because Justin Bieber got excited about this girl’s bedroom gaze. Just what we need — famous men picking their young crushes so that they can model.

Even better, it just shows you how in the highest of high fashion circles, most designers refuse to accept that the common folk want to see models who look like them — all of them.

So she’ll likely just be objectified and sexualized like all the other young models. Could be empowering, could be too soon. It’ll be a great way to give the public another much needed reminder: young = desirable, older = devoid of all value. Another day, another way to use young girls to peddle youth to grown women. Because you too, women of Madrid, can get Justin Bieber to like you if you wear the stuff she wears.

At least she’ll project a very attainable image as long as you’re not legally allowed to drink yet. For more on this topic, see our interview with Sara Ziff who has succeeded in getting legislation passed to protect models.

What do you think? Do models need to be of a certain age to strut?